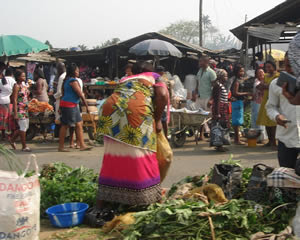 Some suspected cultists took 15 innocent lives and injured several other after they opened fire on traders at a market in Agbonchia, Eleme LGA of Rivers State.

The suspect who rode on motorcycles yesterday evening shot indiscriminately at the people, especially youths at the motorcycles’ washing section of the ever-busy market.

It was learnt from witnesses on Sunday by our reporter that the casualty figure was so high, because the people at the market thought the gunmen came to wash their motorcycles, until they started shooting at close range, leading to fatality.

Police’s preliminary investigation revealed that the incident was an attack by a cult group.

“Same Sex Marriage Is Satanic & Demonic, It Is A Backsliding Victory For America” – Pastor Adeboye
“Hired Killers Murdered Iyaloja Of Ijebuland With Axe Bcos She Has Bulletproof Powers” – Housemaid