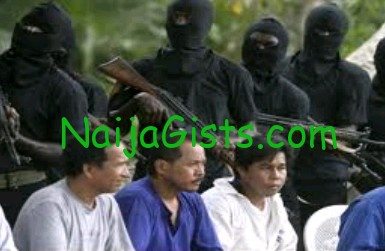 After three weeks of their abduction in the Gulf of Guinea off Nigeria by some unknown gunmen, 4 foreign oil workers have been released from their captors. naijagists.com

“They were released last night,” “They are OK. The families have been informed and we are very much relieved,” Sea Trucks spokeswoman, Corrie Van Kessel

Asked whether the prisoners sustained serious injuries or faced abuse while in captivity, van Kessel said, “no, not at all.”

It’s still unsure if a ransom was paid to secure their release as the company has declined to comment on the details of their release.

The kidnapped oil workers are from Indonesia, Iran, Malaysia and Thailand.