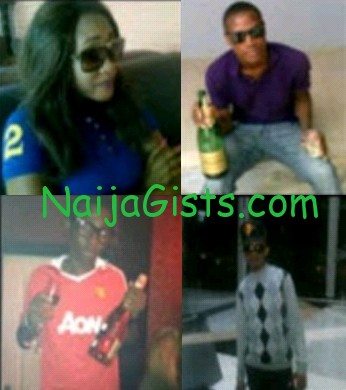 In the early morning hours of Saturday Dec 8, 2012, four students of a prominent Ibadan higher institution, Lead City University were killed in a fatal car accident that happened around Ring road area of the capital city of Oyo State, Nigeria. naijagists.com

We learnt the 4 students (three males and one female) were killed in the tragic car crash while going to a popular Ibadan night club named Koko Dome with two other fellow students. 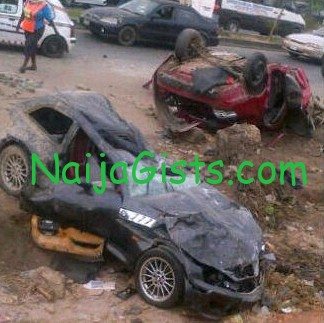 The 4 lead city university students whose name have not been released died instantly at the accident spot when their car collided with another car.

The impact of the collision caused their car to somersault multiple times.

Six students were inside the car at the time of the collision, four of them died instantly while the rest two are in critical health state in the hospital.

We are still unsure if alcohol was a factor however, the remains of the collision revealed that one of the cars involved must have been running at a dangerous speed when the accident happened.

This serves as a warning to other students and youngsters out there.

May the soul of the 4 Lead City University students rest in perfect peace.

And may God grant their people the fortitude to bear their loss.