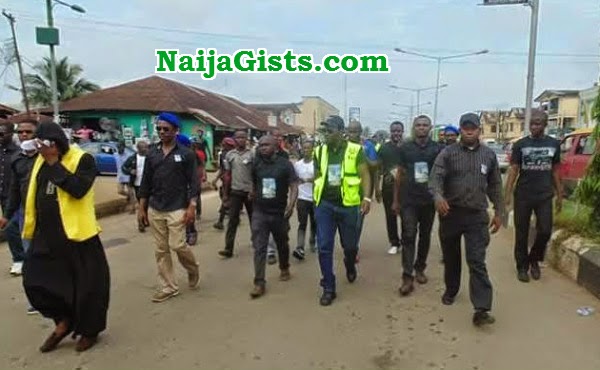 According to police report, 30 of the cultists are students of Auchi Polytechnic University who were behind the destruction of properties and the killing of members of the public.

11 of them are leaders of Black Axe, Nosman and Judas Confraternities.

This is what Edo State Police Spokesman, Mr Emmanuel Ojukwu said in connection to the arrest today in Benin. 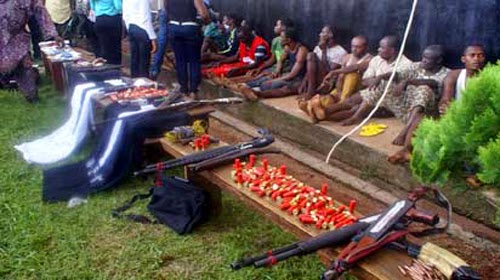 “This afternoon, I am presenting before you some persons suspected to have played ignoble roles in acts of terror, and vicious inter and intra-cult conflicts that have led to loss of lives and destruction of property in Edo State,”

“The suspects who are leaders of cult confraternities are being interrogated for their conspiratorial involvement in the murder of ten Nigerians.”

Mr Ojukwu also told reporters that several pictures of Nigerians with ‘RIP’ inscription over their faces were seized from the cult members.