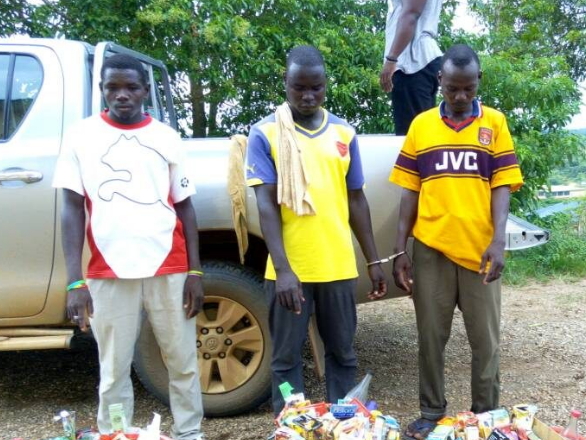 Some media houses in Nigeria yesterday joined those spoiling the face of Naija in the international media when they falsely claimed that the 5 citizens of Niger Republic arrested in Ghana recently were Nigerians.

To set the record straight, the five arrested in the Prestea Huni Valley District of Ghana  were Nigeriens (citizens of Niger Republic) selling contraband and over the counter medicines for buttocks and penis enlargement without permit.

A Ghanaian business woman among them managed to escape but her wares were confiscated.

Before their arrest, Ghana Pharmacy Council received numerous complaints from citizens about the drug peddlers.

Continue Reading
You may also like...
Related Topics:arrested, ghana, nigeriens