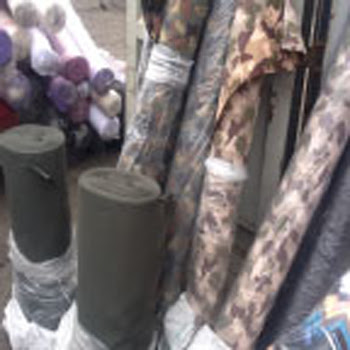 At least 2 suspects have been arrested after the Nigerian Customs Service intercepted 1398 rolls of plain military uniform and camouflage at a port in Lagos state.

NCS Area Comptroller Wushishi Lami said the items were imported illegally into the country from China on the 14th of July 2017. She added that two suspects have been arrested in connection with the illegal importation of the prohibited items.