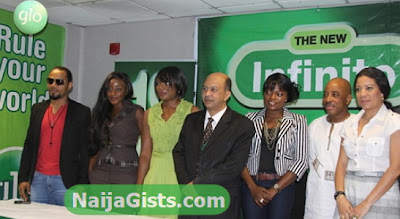 Nigeria’s telecommunication giant Globacom has dropped seven of her ambassadors in the Nollywood movie industry.

They were sent an email few hours ago to proceed to Glo’s legal department in order to pick up their contract termination letter.

According to Glo insiders, most of these movie stars might not have checked their emails for their contract termination notice but they have been dropped.

In the past, Kunle Afolayan and other Yoruba movie stars also got dumped by the popular telecommunication firm.

Funke Akindele, Ini Edo, Desmond Elliot & Chioma Chukwuka Akpotha are the only Nigerian movie stars staying with Globacom for the next year or so.

Well as the saying goes, when one door closes, another one will open.

Wishing these movie stars success in their careers.

Termination of contract is not the end of the world.

All of them are doing well in their career.

They will succeed whether Glo sign them or not.