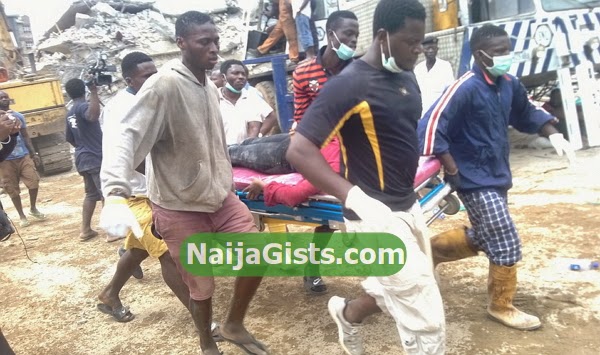 The corpses of South African citizens killed at a collapsed building inside TB Joshua’s Synagogue church have been flown back to their country.

This was made known at Protea Hotel in Ikeja during a news briefing on Saturday evening.

A minister in South Africa, Jeff Radebe thanked Lagos State Government and ministry of health for their help in identifying the remains of the deceased.

The bodies of the victims were seen as they were being loaded into 3 refrigerated trucks (mobile mortuaries) at Mainland Hospital in Yaba and Isolo General Hospital for a night journey to South Africa. 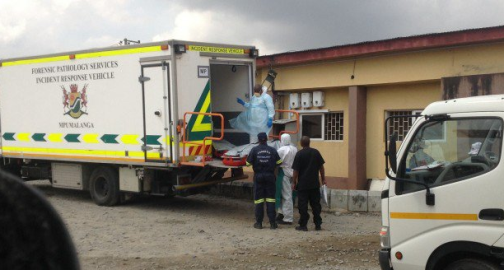 Prof Obafunwa, the Forensic expert in charge of the case said 80 bodies of victims from Nigeria, Togo and other neigbouring countries have been identified.

He said 74 of the bodies identified were South Africans who came to TB Joshua’s church before the tragedy.

“We have been working from about midnight when the South Africans arrived and from the airport we came down to the hospital to look at the bodies that we have identified.

“So far, from Yaba mor­tuary, we have been able to identify 40 South Africans and the bodies have been ap­propriately labelled having identified them and moved into the refrigerated trucks.

“My other colleague led the team of South Africans to Isolo mortuary, where they have also loaded 26 identified South Africans,” – Obafunwa told reporters.

As at the time of this report, more victims are still being identified.