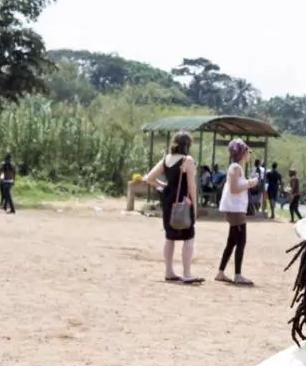 A young girl caught kissing her female classmates on a farm in Uganda has been arrested on suspicions of lesbianism.

The unidentified 8-year-old was nabbed after a neighbour told police she was caught acting inappropriately with other girls in the area.

The officer in charge of the case said the minor confessed to police that she has been “involved” with girls in her class for a long time.

Police detectives are now investigating all the adults in the girl’s life to see if one of them might have abused her or engaged in illicit relationship with her in the past because that might have influenced her decision to engage in the unholy act at such a tender age.

Meanwhile, East Africa’s chapter of Amnesty Int’l has called for the immediate release of the girl.

The group said the young girl needs protection and respect, rather than being treated as a criminal.