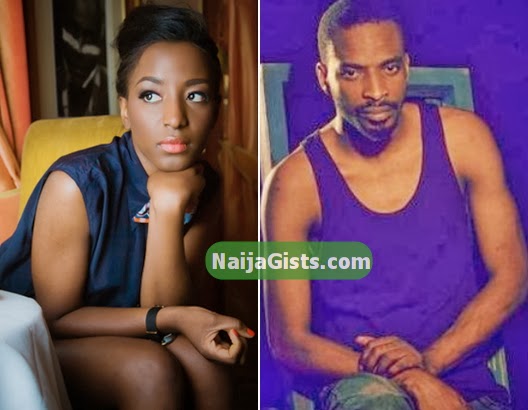 Nigerian singer Abolore Akande who impregnated an Abuja-based socialite, Vicky Godis few years back has received a backlash from the family over his announced plan to likely marry her.

In a recent interview, 9ice told Punch he plans to marry his baby mama, Vicky Godis, the same lady he denied ever having an affair with. 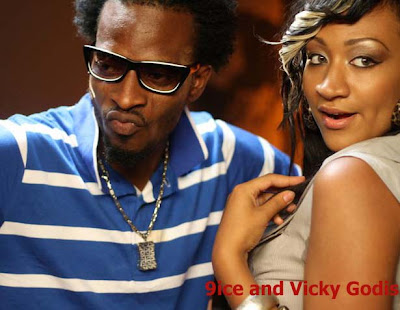 It seems the Godis family are at war with the singer days after he took to Instagram to share beautiful pictures of his twins. 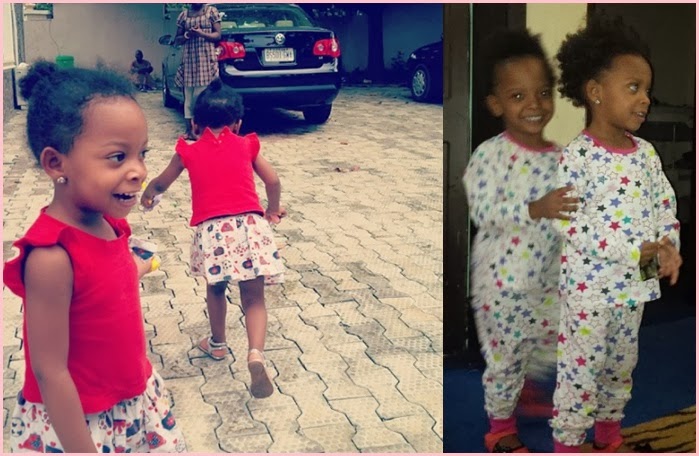 Oreka Godis, the sister of Vicky Godis took to Twitter few hours ago to blast 9ice calling him all sort of bad names. Oreka called 9ice a liar, an attention seeker and a moron.

“Ade is such a joker. The lies people tell to save face, pure comedy
Same moron that spoke to our family in private denied all sorts in public & never attempted to defend Vicky. Now you want to claim the girls?
Private family, public attention seeker. The world is your stage, good luck & Godspeed” 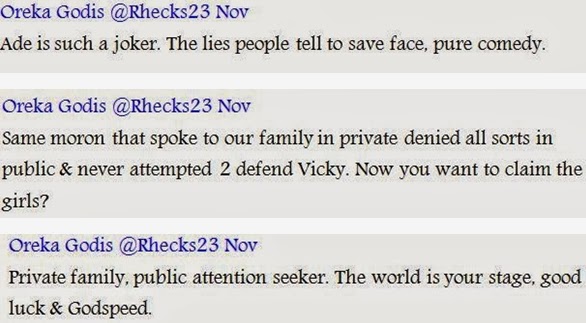 Before meeting Vicky Godis, 9ice married a Nigerian-American business woman named Toni Payne. He divorced her when Vicky came into his life.

Brother 9ice should take it easy on women o.