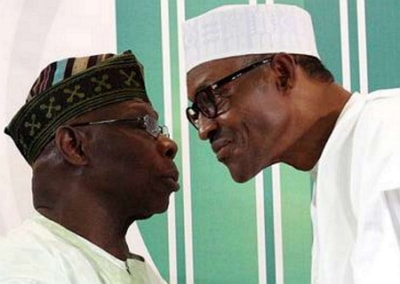 After the many decades of military rule most Nigerians heaved a sigh of relief in 1999 when the democratic dispensation knocked at the country’s door. The joy of this genre of Nigerians was more escalated when the conspiracy theorists in their usual way decided that the person to kick start the democratic era will be no other person than Olusegun Obasanjo, the man they can trust! Expectations were high that an Obasanjo on a second missionary journey will be brutal and decisive in fixing the country. Why you may ask. This is purely on the premise that Obasanjo had seen it all and there was nothing remaining than to put the country on a proper pedestal.

Talk of experience Obasanjo as at that time had a bag full of it, having been second in command to Muritala Mohammed and eventually becoming Head of State at the demise of Mohammed. But that was not even the main issue then.

The bottom line as at that time was that a personality like Obasanjo had seen it all and as such would perform far above expectations. This is because the dreaded draconian ruler, Sanni Abacha jailed Obasanjo on charges of attempting a coup plot against his government. A lot of sinister things happened during that regime, including the fact that Obasanjo’s good friend Musa Yar’Adua died in detention in questionable circumstances! People in the know said Obasanjo was the next person to be eliminated but mother luck smiled on him that few days to the actualisation of that evil plot Abacha died! Even Obasanjo confirmed this in his widely glamorised thanksgiving services after coming out of detention. Now if God Almighty has been so kind to Obasanjo by not only sparing his life but also giving him a second chance to rule Nigeria the expectations of many Nigerians was that Obasanjo would have done marvellously well by not continuing in the business as usual format.

In fact Obasanjo himself in his early days in power boasted that it was not going to be business as usual as he would step on toes, very powerful toes for that matter. How many toes he was able to step on and actually radically changing the fortunes of the country is now left for historians to articulate and publish under the name of “Chronicles of Obasanjo Second Missionary journey!”

To be candid with you that was when I started losing hope for this country. As I was thinking aloud that if Nigeria could not be fixed by an Obasanjo with all his credentials as former military Head of State, an acclaimed international statesman but most importantly somebody that God showed an uncommon mercy and grace by saving his life from murderous plot just by the whiskers. If he couldn’t fix Nigeria then who will!

Be that as it may my hope was rekindled in 2011 when General Muhammadu Buhari came out to contest for the third time to rule Nigeria as an executive president, having ruled before as a military Head of State. By that time he was contesting against Goodluck Jonathan whose only campaign material was “I had no shoes to go to school” and his unique name of Goodluck!! With what Jonathan did in the short spell of time he acted in the stead of his sick and eventual dead boss and President Umaru Yar’Adua I was convinced beyond all reasonable doubt that a Buhari will be far more decisive and better than a Jonathan.

And so I took up the onerous task of campaigning for Buhari in 2011 against every reasonable odds. Most of my friends and my family members then were routing for Jonathan but I stuck with Comrade Buhari. At the risk of my life, reputation and all I stood for I insisted that a president Buhari was all Nigeria needed to wipe away all tears of misrule, mismanagement, graft and corruption. It got to an extent that I was almost disowned and ostracised by my family for my radical propagation of the Buhari candidature as I risked my life travelling to the Southeast and my village to convince my people to vote for Buhari.

Some of my kinsmen took the pains to sentimentally trace the roots of Jonathan to Arochukwu in Abia State where they claimed the forefathers migrated to Otuoke in Bayelsa State and wondered why I shouldn’t vote for one of them, their own very brothers. When I queried them to provide evidence, they snapped back on why my eyes and senses were blindfolded by not seeing the Igboness in his name Ebele, Azikiwe, a dummy Jonathan sold to them to hoodwink and garner their votes! I was an avid Apostle of the fabled story of Buhari being the only living ex-Head of State that has just one building in his Daura home town.

We spread the gospel that Buhari had no house in Abuja or Kaduna. In fact the propaganda that came out that time was that Buhari was about being thrown out of his Abuja home on account of his inability to pay his rent. All these we carried as the very rare and unique selling point of the candidature of Buhari in 2011. Unfortunately or will I say fortunately Buhari lost the election and a Goodluck Jonathan won and ruled for four years.

We are all aware of the achievements or otherwise of a Jonathan rule and may not be worthy of time in this my treatise here. Then came 2015 and Buhari look set to win the election. With the international community solidly behind him and the general refrain then that anything but Jonathan is only good for Nigeria, it was a done deal that Buhari will emerge as the president and that he did! What then happened shortly after winning the election that Buhari so vigorously fought for was a clear sign of unpreparedness and endless blame game of previous administrations were all we could get right from inception up to this moment that a whooping three years have gone down the drain! With all these heartbreaks the question still reverberates that if an Obasanjo and Buhari couldn’t fix Nigeria who will then fix it? I can hear some people saying that is the reason we should find solace in the youth and young people by supporting the “Not too Young to Rule” Agitations.

Fine arguments they have there if you ask me. But who is that young man or woman that can help us reclaim Nigeria. Can we have their names and antecedents? It is against this background that many of us have adopted the ‘siddon look’ approach, waiting frantically for that exceptional person that will bring the country out of the doldrums and reclaim Nigeria – the great country that Obasanjo and Buhari could not fix with all their powers and mythologies!!