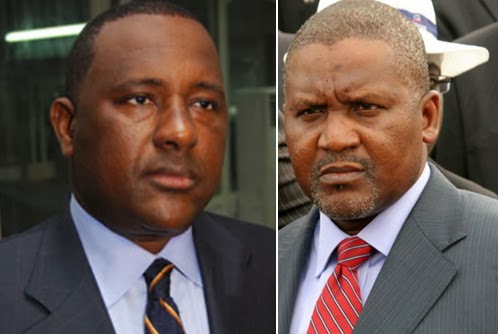 The man in question is Abdulsamad Rabiu, a 53-year-old Nigerian businessman who followed his dad’s footsteps by venturing into importing business.

Rabiu started importing commodities like rice, Sugar and cement, etc in the early 80s and today he is the founder of BUA Group, a company that makes $1.9 billion yearly in revenues.

According to a recent report by Forbes Africa, Rabiu has assets and business interests that is about to make him Africa’s richest man.

In addition to his assets in the BUA Group, Rabiu owns property in Britain, worth $62 million, and in South Africa, worth $19 million. Among his properties is a house in Gloucester Square in London worth nearly $16 million and a penthouse at The One & Only Hotel, in Cape Town, worth $12.6 million. Rabiu’s taste for good living is plain to see; he has bought homes from Eaton Square to Avenue Road, also known as Millionaires’ Row. Rabiu jets around the world on an eight-seater Gulfstream G550 worth $44.9 million, powered by a Rolls-Royce BR710 turbofan engine, as well as an $18-million Legacy 600 aircraft.“

Hmmm it’s time for Aliko Dangote to sit tight because Abdulsamad Rabiu is about to overtake him.

Believe it or not many silent billionaires still exist in Nigeria today. It’s a land flowing with milk and honey for people who have the strength to start small.