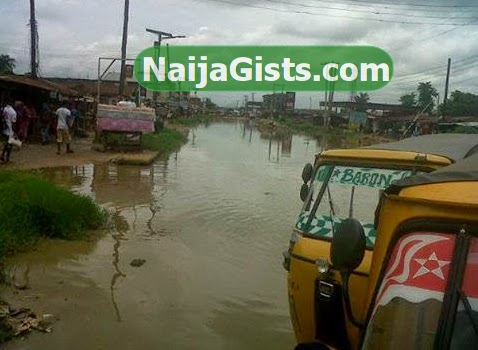 A lot of media wars have been going on between Governor Theodore Orji of Abia State and his predecessor, Dr. Orji Uzor Kalu. The two personalities have said different things at the same time and are still going to say more: things they did when we were not with them while they held sway in the government house, Umuahia, when Kalu served as governor; 1999-2007.

As a matter of urgency, I would like to add my voice to some of the controversies especially in the area of development, as the two once pals are deafening our ears with their comments. As we may recall, in January 2012, the incumbent governor of Abia State was everywhere in the media, claiming that he was out to re-write the history of the state, two years after he shifted tent with Kalu. 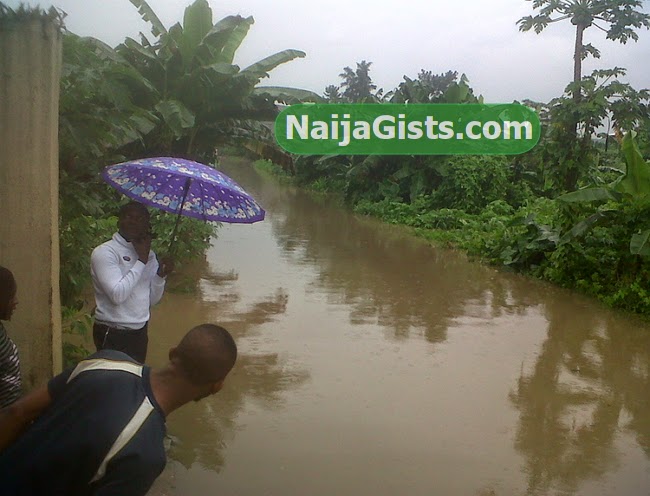 He told newsmen that his first term was for three years full of litigations against his victory in the 2007 elections. He also told the world that he was held down by Kalu not to perform within this period, a statement he did not put on the margin of an allegation, but that it was a fact.

Many of us joined him in this outcry that Kalu should leave him alone, in order to perform. We joined in the governor’s harangue, because he told the world that he was in complete bondage by his estranged political mentor. Today, many of us have held those positions to be counterfeit-history as we know better.

But what is not history is that four years after the two political friends parted ways, they have entangled themselves in a war we all can see might not end in the near. There are claims by the government of building many of the roads in the state, something that Kalu had severally debunked that his administration put up the roads when he served Abia State as governor.

In most of the comments, Kalu had challenged Orji several times on issues bothering on his claim that his administration worked the many roads that the present administration has been claiming it worked, but the governor has behaved not to be reading this side of Kalu’s media war against him.

Well, as someone who has lived in Aba area of the state, since 1963, born all my children in the state, I stand to say that this is a needless war if the present governor had behaved like one with a heart of Mother Theresa to Kalu. Although, I’m from Anambra State, but as someone who is 86yrs of age, I stand to say the truth, so that the youth would know from where the rain started beating us.

I would say that Gov. T.A Orji actually started hyping his projects in the media within seven months that he left Kalu, something all of us had believed that he came with new vision and compass to arrest some quarters in the state that earnestly needed touch. He told the world that he had started laying a solid foundation for the development of Abia state. But in truth and in spirit, all of that are today stories told to the marines.

One aspect that I am skeptical about in this media war ongoing between the dudes is on the area that the present government has claimed that it has built many roads especially in the Aba area. I am yet to see the roads the governor had incessantly said that he has taken some bold initiatives and actions on, which according to him, would make his name absolutely memorized when the-past of the state is written.

It is almost 8yrs of the present government and many of the basic infrastructures it had boasted that it has layed the foundation for solid development in the state are still lagging. He said that he has built a befitting secretariat to accommodate the civil servants who form the heart of the development of any state; the same civil servants that he chased out from work?

I can attest that the governor has been claiming that his administration built the Ohanku Road, but as an elder who has lived greater part of his life in Aba, it was Kalu who built that road. Any doubting Thomases will agree with me that it was Dr. Chuba Okadigbo (now late) who commissioned the road.

Kalu built many other roads and bridges that space will not allow me to mention here. I can remember he built the Ngwa Road Bridge, Obohia, Ndiuche, Ohanku, Ndoki, Nzeribe, Hospital roads in Aba and built Clifford by Terminus Bridge. He also built the Ehi road, Azikiwe road, Pound road, Asa road to pound… and since he left office, these roads are shadows of theirselves.

However, I have seen some workers from the present government come to Aba to rehabilitate some of the now dilapidated roads, but the roads they said they rehabilitated were left worse than they were. One of project that I have noticed that this government had always hyped was the said multi-million Naira secretariat for the state it awarded the contract, which has lingered and we are heading to 2015, when we would not know if the governor would come from his home town in Ibeku to commission it.

I had hoped that with the zest with which the governor showed us that he was going to work when he estranged from Kalu in 2010 that Abia State would have been lending funds to other states to rebuild theirs, because there would not be any area in the state to be left unattended to.

I want to say that the government should know that Aba needs high concentration of government presence. I am saying this because I know that if Aba works, Abia State automatically works. I would suggest that Gov. T.A Orji had every opportunity to re-write the history he had always claimed that he was in to re-write, but he has acted like a blocked drainage.

There is no doubt that he might have the intension of working in the state, but it seemed that he allowed the intoxicant called power to maroon his ambition. I am surprised that this government has not tackled Aba problems till date in the areas of repairing bad roads and opening up the blocked drainage, which are the main problems I can say that are besetting the entire Abia State.