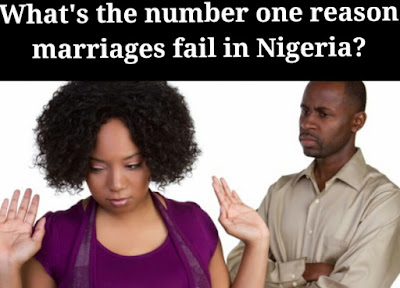 Mrs. Theresa Mbanifo, a Lawyer based in Abuja has cautioned against rising cases of divorce petitions in the country.

Mbanifo in Dutse, Abuja, on Tuesday, said that with exceptions of abuse in marriages, spouses must learn to tolerate each other’s eccentricities.

She identified the causes of divorce to include wife battering, intolerance and infidelity, among others.
According to her, relevant institutions, groups and agencies must embark on campaign against causes of divorce, while sensitising couples on the need to be tolerant and patience.

“For me, I expect to see less divorce cases in courts as we begin this new legal year.
“In as much as it is our job to fight for or against cases like that while earning a living in the process, I plead with spouses to think thoroughly before filing such petitions.
“Some of us still believe in the institution of marriage, if not, for the sake of other parties involved like the children.
“I must say, it is disheartening to see homes break up after several years of togetherness but if any party is being abused in the process, why not.”

Mbanifo also called on churches to do more of counselling on divorce than soliciting for funds, adding that churches were the foundation on which the home was built

She, however, said that spouses must look up to God in times of crisis, adding that mutual understanding among spouses was a basic ingredient for any successful marriage.