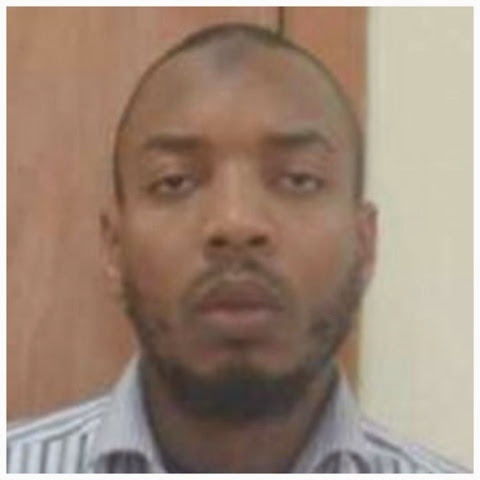 The scheduled trial of April 14 suicide bombing that killed several people in Abuja before a federal high court was aborted owing to a seeming internal wrangling within the security agencies over which of the agencies will prosecute the suspected bomber.

29-year-old Aminu Sadiq Ogwuche, a son of a retired military officer was alleged to be the brain behind the brutal attack. He was arrested in Sudan with Interpol help.

According to three counts charge filed on behalf of the Inspector General of Police by DSP Oloye Torugbene, the suspected terrorist was alleged to have conspired with others said to be at large, to commit an act of terrorism by detonating improvised explosive devices at Nyanya motor park which resulted in the death of 75 persons and injuring over a hundred other persons. The act is said to be punishable under section 17 of the Terrorism Prevention Amendment Act of 2013.

Count two of the charge reads, & quot; that you, Aminu Sadiq Ogwuche, Male, and others now at large, on the 14th of April, 2014 at Nyanya, FCT, Abuja, within the jurisdiction of this honourable court, did facilitate the activities of persons engaged in an act of terrorism; by detonating improvised explosive devices at the Nyanya motor park which resulted in the death of 75 persons and injuring over a hundred other persons and thereby committed an offence punishable under section 1 (2) (d) of the Terrorism Prevention Amendment Act of 2013.

Count three of the charge accused the suspected bomber of being a member of the Boko Haram sect which is a proscribed terrorist organization which is an act of terrorism and punishable under section 16 of the Terrorism Prevention Amendment Act of 2013.

However, when the matter was called in court Monday morning, there were no legal representatives from the Nigerian Police force neither was the suspect anywhere within the vicinity of the court.
Consequently, the trial judge, Justice Adeniyi Ademola, adjourned the matter.

“Due to the absence of the accused person and the prosecuting counsel, this trial is adjourned to Tuesday, 1st July” the judge stated.

Meanwhile P.M.NEWS investigation reveals that the charge hurriedly filed by the Police was a draft copy handed over to the police by the State Security Services, SSS, and was not the final charge.

A credible source at the SSS who confided to PM News on the condition that his identity remain undisclosed said the SSS was surprised at the development and blamed the police for rushing to court to file a charge against a suspect they have not even seen or interrogated over his roles in the terrorist act.

“It is surprising that a draft copy of a proposed charge we gave to the police which was clearly marked as draft, will find its way to the court’s registry without the knowledge of the SSS. The Police are yet to take custody of the suspect but have gone file a charge and secured a trial date. It is a shame” the operative stated.

It was also discovered that the police had sought the release of Ogwuche through Interpol by way of extradition which normally takes time to conclude.

The SSS operative indicated that the police had refused a proposal by the SSS to adopt a similar strategy to what was used in repatriating Mr. Henry Okah who was then held in Angola, a strategy which the operative said was fast and hassle free. He pointed out that from what is on ground, that the extradition process adopted by the Nigerian Police for the return of Ogwuche to Nigeria to face his trial, will not possibly run its full cause before the 1st July adjourned date for the trial.

The implication of the above is that the trial of suspected terrorist, Aminu Sadiq Ogwuche, may likely not happen on the next adjourned date, only time will tell.