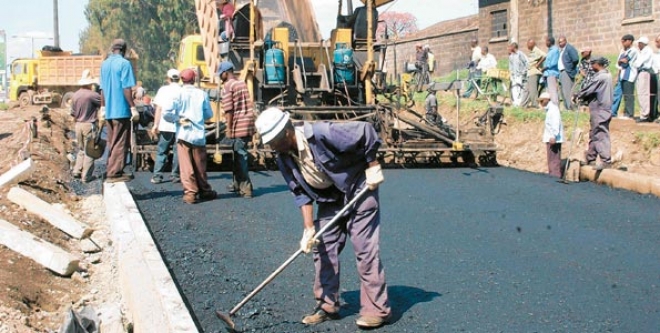 The contractor, Reynolds Construction Company handling Benin/Shagamu Express Way recently embarked on mass dis-engagement of workers due to inability of the Federal Government to pay their outstanding work certificates.

Recently, about two weeks now, the situation changed and they called some workers back to work with the aim of using 25% of their work force to do the full work. Workers are told is the new company policy to use one employee for the work that supposed to be done by four employees.

I investigated the matter and I found that it is true. Nigerians are being used as slaves on the site. Some workers work for twenty four hours daily but booked for eleven or twelve hours. Any employee that complains will be shown the way out of the site.

Some are sick but afraid to complain with the fear of being sacked. The situation is even worse for the employees constructing the drainages on the road. They work restlessly without break.

This is too much for Nigerian workers.
The company Labour Union is weak. They do not have any say on the bad situation befalling the workers.

We are calling on the Federal Government and NLC to please save these hard working construction workers being used as slaves by their taskmasters.