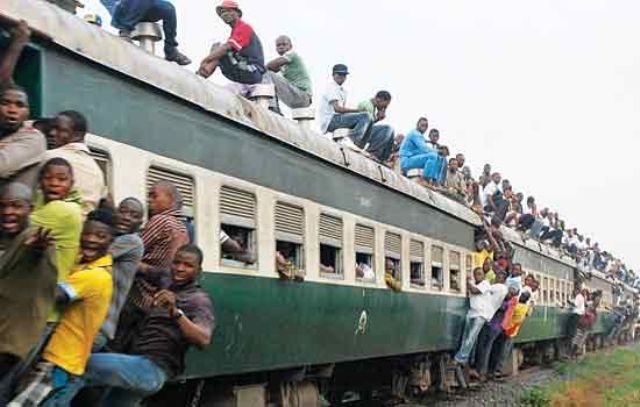 It was a sad scene yesterday in Oshodi area of Lagos when a moving train reportedly cuts off the hand of a passenger hanging on it.

Witnesses said the incident happened at Oshodi  around 9 am on Monday morning. The victim identified as Ernest fell off the train which had a hitch in movement.

Ernest’s hand got stuck in between the coaches which resulted in his hand being cut off.

His timely yell for help attracted sympathisers who came to the scene to rescue him. Ernest who was said to be conscious at that time, asked the sympathisers to reach out for his phone and invite his relations to take him to the hospital.

One of the sympathizers, Ayotebi blamed the victim for the tragedy, saying there have been campaigns by the government against such act.

‘’The government had been campaigning against hanging on the coach but many passengers are adamant and they will have themselves to blame in case of eventuality,’’ Ayotebi said.