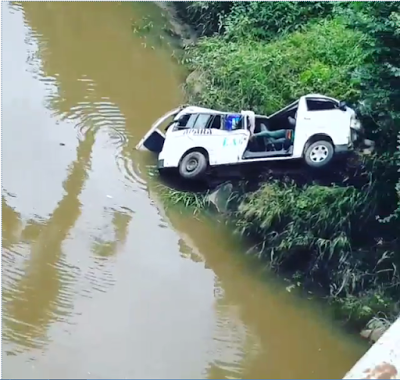 A passenger bus plying the popular Ijebu Ore expressway in Ogun State got involved in a lone crash this morning.

According to witnesses, the driver of the bus who appeared to be under the influence of alcohol plunged into Ajibandele Lagoon in Ijebu Ode while trying to avoid head on collision with another vehicle.

Eyewitnesses said no one died in the accident but all the passengers suffered serious injuries.

Ogun State Police Command is yet to release an official statement on this.

Here are few photos from the scene of the near fatal fall. 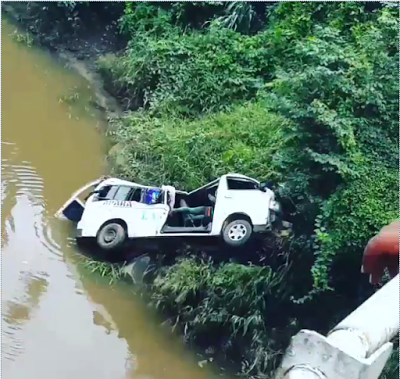 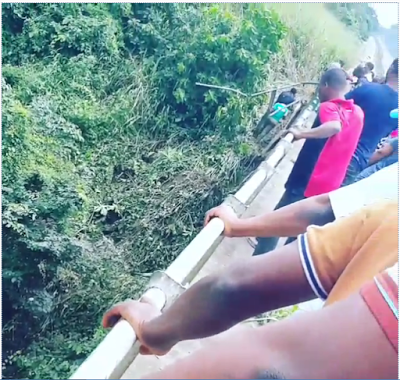 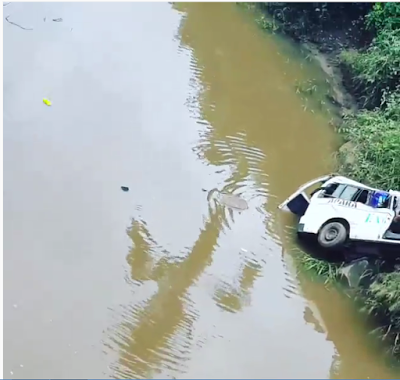 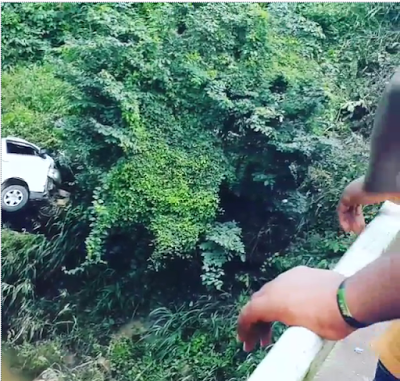 Will update you later on this.