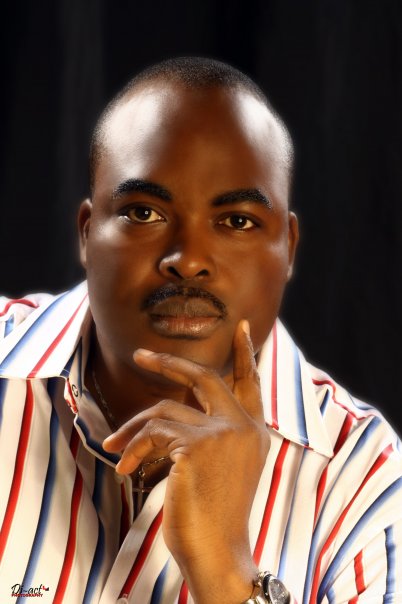 In an exclusive chat with The Entertainer, Nollywood actor Emeka Ossai, a proud father of twin babies narrated his childlessness battle of many years.

In the interview, the actor spoke about his childhood days and how he became an actor.

Emeka Ossai also talked about his late wife, Jennifer who passed away in the late 90s and many other issues.

“Truth of the matter is that right from when I was young and during my secondary school days, I have always had the female folks attracted to me so I have learned to leave with it and take it in my stride. Even when I was a model, I was never carried away by female fans around me. That’s the reason why I have never had any scandal. I have learnt to strike a balance between reality and fiction. I have never lost my head just because I have a lot of girls dancing around me. The crazy things some people experience at the hands of female fans I have never experienced. I believe that most people look at me and realize I will not accept such things. You could go in front of a particular artiste and strip yourself naked and the artiste goes crazy. But if you did that before Emeka Ossai, he would be disgusted! Several times women have walked up to me only to say that they want me but I have never taken advantage of them.”

Emeka also disclosed that as a youngster, his dream had been to be a medical doctor but because of his restless nature, he had to dump the idea and opt for acting;

“My initial ambition was to become a medical doctor. I loved the profession and wanted to study medicine but somewhere along the line, I found myself acting. Some of the realities of a doctor’s career just weren’t appealing to me so that made it impossible for me to pursue and actualize my ambition. So, you see, I am a strictly science oriented person who found himself working as an artiste,” he stated.

Emeka lost his first wife, Jennifer in the late 1990s. However, he has since remarried and today, his wife has delivered a set of twins. But then, there were no kids in the marriage for five years after they got married. Recounting those difficult years, Emeka said that he and his wife were subjected to not-very-flattering comments from people around them. However, his mother stood by his wife all the way. He said:

“We waited patiently for five years in childlessness, with pressure from society. But I thank God that I am basking in joy and rejoicing over my new born kids. My mother stood by my wife all the way. What naturally happens is that the mother in-law gives the wife hell but my mother did not. The only challenge that I had was with society’s views and what people said about my state of health and that of my wife.”

“Marriages are breaking-up everywhere all over the world and not just in Nollywood. It is happening in the banking sector and the law profession, and other areas of human endeavor. So, it is not just in Nollywood. If you ask that ‘why is it that marriages are breaking up all over the world?’ I will say, may be, it’s because people are placing their priorities wrongly. People are getting into marriage for the wrong reason. They are not prepared before they jump into it, so they end up jumping out faster than they jumped in.”

“I am an actor, producer and entrepreneur. I run my own production outfit called, Golden Pyramid Production Company. We have just finished the production of one of our two TV series called, Comfort Zone.”