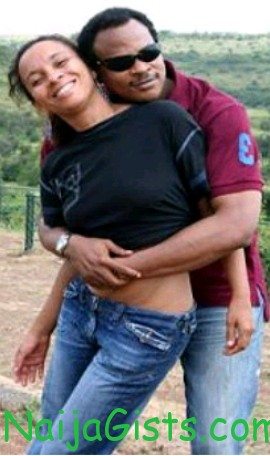 For those who were at the upscale Rumors Night Club in Lagos recently for the inauguration of the newly elected president of the Actors Guild of Nigeria, Ibinabo Fibresima, one thing sprang up a surprise.

And it was the rekindling of the romance between the ex-beauty Queen and renowned actor-cum producer Fred Amata.

The ace-producer who decked in black suit  stormed the event venue, bubbling with life  and ever willing to give his support to the mother of his beautiful daughter. Interestingly, upon sighting Ibinabo, who was looking hot in her minis, Fred could not resist her glamorous appearance as he immediately stretched out his hands and hugged her ceaselessly. It was an eternity… 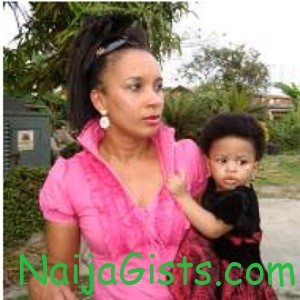 Fred, it was learnt was at the event,  to give his support to the half caste actress and also, to show her love again. Continue after the cut:

However, it would be called that during the electioneering campaigns, the renowned actor was strongly involved in campaigning for Ibinabo. It was no surprise therefore that he showed up at the event in support of Ibinabo’s victory at the polls.

By her  inauguration, Ibinabo has made history as the first female president of the guild. The event was well attended and the official handing over was observed in a warm and peaceful atmosphere. The turn-out signalled an end to the internal squabbles and controversies which  had almost reduced  the integrity of the AGN.

Nollywood diva, Genevieve Nnaji, led others to publicly declare their support for the new boss of the AGN.

Fiberesima wasted no time in outlining her agenda.“We are starting with a health insurance and pension scheme for actors and actresses.  It has never been done before. The motive is to put an end to the situation where actors go cap-in-hand to beg for money in times of difficulty.

“By the time we clock 100 days in office, the health insurance and the pension scheme would have been in place. As I speak, I’m just waiting for the data to ascertain how many actors and actresses who are members of the AGN.,” she stated.(Vanguard)