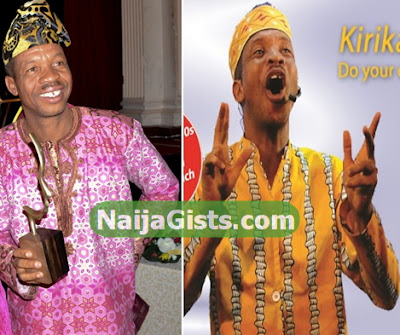 Comic Nigerian actor Hafiz Oyetoro aka Saka who recently ported from Etisalat to MTN will turn 50 in few days time.

The talented comedian who recently signed a multi-million naira ambassadorial deal with Nigeria’s telecommunication giant MTN is set to have a big celebration on his 50th birthday.

Hafiz Oyetoro’s 50th birthday celebration is scheduled to hold at Adeniran Ogunsanya College of Education in Ijanikin, a suburb of Lagos where he works as a lecturer on the 19th of August, 2013.

The MTN ambassador plans to entertain guests with his new stage drama titled The Drift.

According to insiders, Saka who claims he has murdered poverty for life is set to show the face of the special woman in his life come August 19.

Happy birthday in advance to our Leo actor.