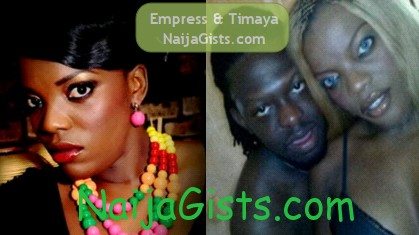 Beautiful Nollywood actress Empress Njamah has come open to debunk the ongoing rumour that she is getting back with her ex-boyfriend, Timaya. naijagists.com

The rumour surfaced after Empress Njamah and Timaya were spotted together in a private chat session at Tuface Idibia’s surprise birthday party which took place @ Rumours Night Club few weeks ago.

According to reports from reliable sources, Empress is now dating a millionaire businessman while her Ex-boyfriend, Timaya and his new girlfriend just welcomed a little bundle of joy, a baby girl few months ago.