Nollywood has become a vast industry where stars have followed others footsteps as a means of achieving success they probably may not have dreamt of. naijagists.com

The real success of what many of them have achieved thus far however isn’t out of copying different culture but rather staying true to their core identity as real Africans projecting our genuine culture and drama to the rest of the world.

What do you think happened?

Why would top Nollywood star like Halima think what they have is not enough and would rather copy other artiste’s identity?

The photos below tells it all with Nigerian actress Halima Abubakar. 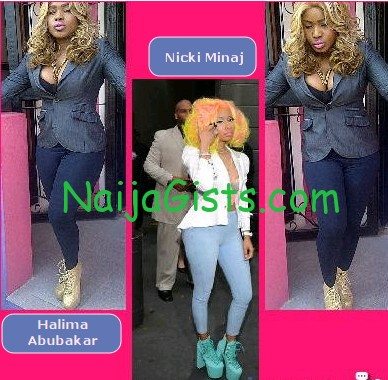