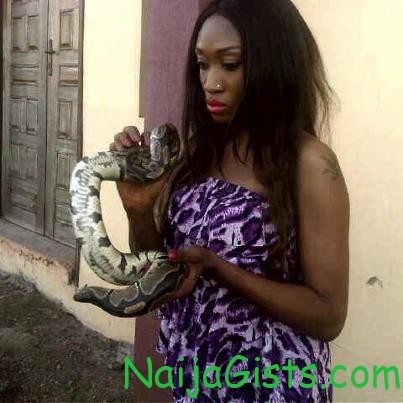 Nollywood actress Oge Okoye in a bid to take her career to the next level has chosen to take up a dangerous role in an upcoming movie where she’ll be playing with live venomous snakes. naijagists.com

According to the actress she agreed to take up the role in order to take her career to the next level.

She is currently on the set of an upcoming movie where she’ll carry live snakes around her neck.