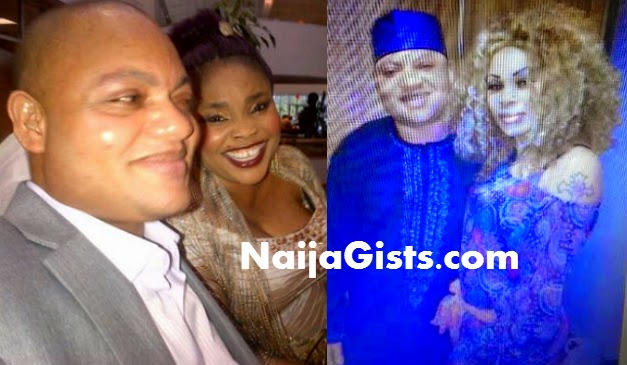 As at the time of this report, Lola’s hubby has dumped her for her best friend in Canada, a Toronto-based socialite simply identified as Becky.

Before the marriage crashed, Becky reportedly came in and told Lola that Wale is her uncle.

From that point on, Lola and Becky became very close and relate to each other like siblings.

Hell broke loose when Becky called the police on her husband (Kola) during a domestic dispute at their home in Toronto. Police came in and arrested him. He was then jailed for domestic assault.

During his jail time, Becky reportedly attached herself to Lola’s husband and they started their long distance relationship, during the time, the Nollywood actress was said to have moved back to Nigeria.

Wale was previously based in the United States, but it’s alleged that he is now in Canada with the new love of his life…Becky…who is Lola’s Best friend. Wale & Becky are allegedly attending events together in Canada and are allegedly not hiding their relationship.”

Hear what Lola said when questioned on the affair:

“I have nothing to say about it please, I’m busy” when pressed further, she said “Deny what? I have nothing to deny. Let everyone say what they like, I don’t care, it is my life, please leave me alone”

This is the same lady that said her relationship is still intact in a recent interview with Encomium… Na wao.