December 22, 2014 – Pictures: Nollywood Actresses Whose Marriage Ended In Divorce In 2014 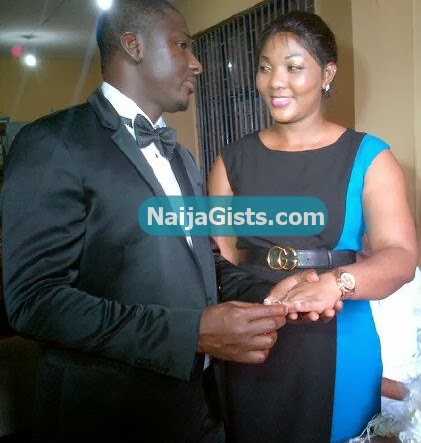 Alleged marital infidelity finally forced oil tycoon, Juwon Lawal to kick out his pretty actress wife, Uche Iwuji early this year. Not minding she already had a baby for him, Juwon issued a press statement notifying the public he’s done with perhaps, one of Nigeria’s most controversial actresses. Uche Iwuji had allegedly dated former Super Eagles captain, Joseph Yobo and yet another footballer before she was introduced to Juwon through a lady friend.

Considering the weight of the allegation of the last affair that implicated Uche, it is unlikely that she would be forgiven by her estranged husband who says her case is “once a friend, always a friend.” Uche Iwuji would have wished a once-a-wife, always-a-wife case. 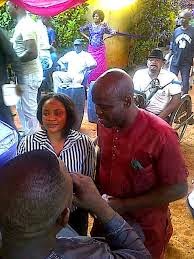 Barely living with her husband for more than four weeks, she left her matrimonial home pregnant. She explains why:

“I realized I had made the greatest mistake of my life. The foundation of the union was based on lies and deceit. We had been dating for almost a year and I thought I knew everything, but nothing prepared me for what unfolded. Yes, I’m the one walking out of the pack of lies. I’m not going to pretend because I want to be married. I am not desperate and I would rather swallow my pride and accept I made a mistake than forge ahead in lies.

On the verge of trying to salvage the situation, I found out I was expecting a child. I kept quiet to the rumours making the rounds because I was left with the option of thinking for my child and trying to salvage a dead situation. But now I have finally made up my mind to break off the engagement and my reasons are irreconcilable differences.

I just want to be left alone to take care of my child. I wasn’t married. I was engaged to be married but as things stand now the engagement is officially broken due to irreconcilable differences and since I’m having a baby soon, my doctor has advised me to rest, as my health and that of my baby are the most important right now.”

Interestingly, Ubby Ato’s dad, a clergy would fault the actress’ claim, insisting they paid her bride price. Uche elsewhere had also admitted she was married in a sense though it wasn’t a traditional or white wedding. She told a national daily on September 27, 2014:

It was also alleged that the popular actress walked out of her marriage because her US-based hubby had terminal ailment. It was equally speculated that her husband’s family wasn’t sure Ubby was responsible for Uche’s pregnancy. A development that made them suggest a DNA test after her delivery. But Uche was reportedly said to have opted out of the union while rejecting any test of her baby’s paternity.

The long and short of the story is that actress Uche Ogbodo has called it quits with her marriage that couldn’t see the next year. It would be recalled that Uche Ogbodo met her estranged hubby, Ubby Ato at a friend’s birthday party months back. 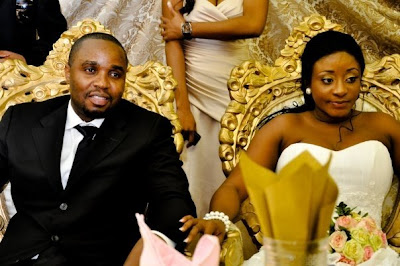 Star actress, Ini Edo took to her Twitter handle @ini4phil on October 5, 2014, to announce the break-up of her marriage to US-based Philip Ehiagwina. Unperturbed by rumours of adultery encircling them (the estranged couple), Ini Edo vehemently denied sleeping around, while in marriage.

“I asked for a divorce from my ex-husband because of irreconcilable differences. I never cheated on my husband. There’s a conscious and malicious attempt at tarnishing my image. This whole saga is familiar. Let’s not forget the past. Thank you and God bless.”

Now as free as air, Ini is really having a swell time even as her foes and friends are revealing the real reasons her marriage crumbled.

In a widely circulated piece released to the media, a US-based showbiz journalist, who’s also Ini’s kinsman, Ekerete Udo made a serious effort to clean up the battered image of the embattled actress. The writer claimed Ini Edo never slept around. We were also made to believe she did everything to keep her home. Her estranged hubby, Philip was, however, portrayed as a gold digger who was only after his wife’s ‘wealth.’

Philip was specifically accused of insisting on being a co-owner of Ini Edo’s N70 million Lekki house. Accoding to the story, Philip had to move out of Ini’s Lekki (Lagos) home and moved in with another lady for three months. The Texas, US-based businessman is yet to defend himself.

No matter who is right or wrong, one thing is sure and certain, the six year big budget wedding of Ini Edo and erstwhile heartthrob, Philip Ehiagwina has finally hit the rocks after months of speculations that all is not well with their union.

It would be noted that Ini actually spent more time in Nigeria than in her matrimonial home in Houston, Texas, USA, all through the marriage.

Not having a baby after six years couldn’t also have saved her marriage.