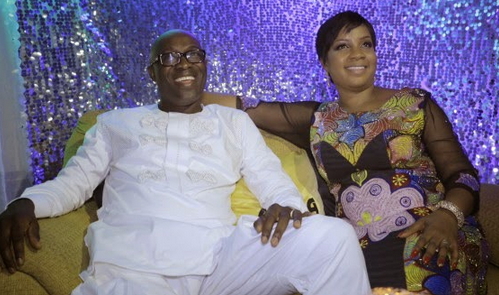 July 4, 2015 – Adewale Ayuba Narrates How He Met His Igbo Wife Azukaego Kwentoh In New York & How A Lady Tried To Seduce Him

Do you have any regrets at 50?

I am happy that I am a Nigerian. More importantly, I am happy that God gave me the music talent. But the only regret I have is that I started music at a tender age of seven, which means that I have done music all my life, but as I am talking to you now, I do not have an album out there which I can say is generating income for me. I have done many albums, successful ones too, but not one to show that this is the one that has been generating income for me. But every now and then, I see my music selling in town, but no money is coming to me. And this is happening to many musicians here. It is sad that our country allows musicians to be so robbed by pirates.

At what point did you get married and what attracted you to her?

I got married over twenty years ago. I was in Queens Borough Community College in New York when I met her. The moment I saw her, I told the person that was sitting next to me that she was my wife. I didn’t even know whether she was Jamaican, American or Nigerian. But she turned out to be a Nigerian, an Ibo lady.

How did her parents react to her choice of a musician?

It was initially tough because her parents already had their impression of who a musician was. They believed that musicians were womanisers who lived on alcohol and so on.

How did you feel about the reaction from her parents?

Well, I would perhaps have reacted in like manner. That is because 22 years ago, the lifestyle of musicians then was completely different from what we have now. You know, then Fela Anikulapo was reigning, and he was an image of a musician of that time.

So how were you able to convince them?

She was the one that eventually convinced me that I was the only one that she wanted to marry. At that time, I could not defend myself because there was nothing that I had to say. 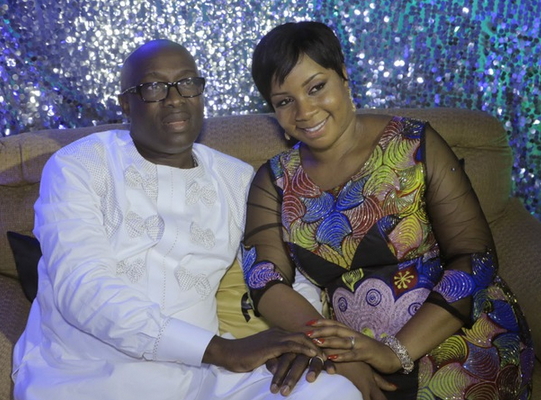 So many years after, what can you say about your marriage?

I thank God. Marriage is like being in the university. We keep learning. Now, we have beautiful children and living happily. There is no way I could marry another woman because it is an abomination in my family. And I am the last child of my parents. So despite being a musician, I could not marry a second wife. Moreover, I do not even think that I need a second wife. After all, I wouldn’t want my wife to marry two men.

I cannot say that there is a particular thing that I like about her. Till date, I have not been able to identify what I love about her. I just know that I am in love with her and that love keeps flowing.

Is your wife into music too?

She is not. Yes, she loves my music, but does not go to shows with me. The truth is that she is a housewife; she takes care of the home for us.

You keep looking younger than your age; what is the secret?

It is rest of mind. For instance, we just talked about my wife. Marriage to the right person is very important. It helps a man to be organised, but when you are married to many women or to many girlfriends, your health and the health of your business will be affected, and that, of course, will lead to stress which would allow someone to grow old quick. I thank God that my home is settled.

As a musician, has a fan ever embarrassed you?

Yes, I met a lady one day while I was playing. She stood in front of me romantically and accused me that I was always frowning. She said I should relax and be cheerful and free with her. She was looking for something that she couldn’t get.