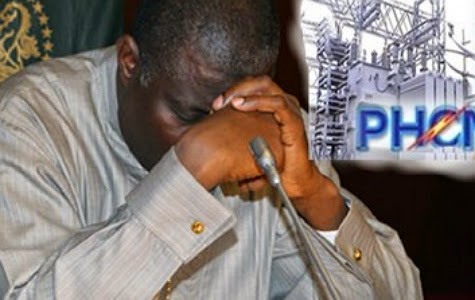 “If I’m voted into power, within the next four years, the issue of power will become a thing of the past. Four years is enough for anyone in power to make a significant improvement and if I can’t improve on power within this period, it then means I cannot do anything…”

Three years later, in January 2014, in anticipation of his 2015 presidential bid, the same Goodluck Jonathan issued a six-moth ultimatum to power companies to hurriedly address the power situation in the country. Six months came, and six months went, and today, Nigeria’s power generation and supply is at an all time low.

||”What this means is that over the next four years, if Goodluck Jonathan is re-elected, based on his track-record (or a lack thereof) of not being able to solve the power situation in the country, cumulatively, everyday Nigerian households will be forced to spend $19.2billion on fuel, which is equivalent to N3.1trillion.” 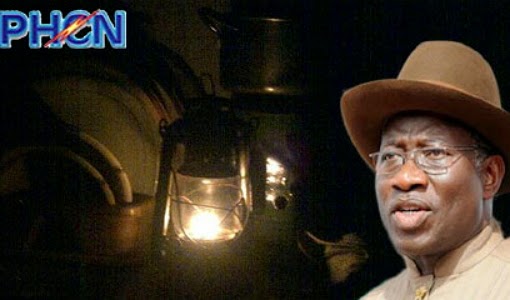 Fifteen years ago, when Nigeria’s democracy was still relatively new, the People’s Democratic Party told Nigerians that we had a 6000mw installed capacity of electricity, and “within a year, this would go up to 10,000mw.” Fifteen years later, with over $50billion spent on the power sector alone, we are now being told by the Goodluck Jonathan administration that power generation in Nigeria has “increased from 3000mw to 4000mw.” With this inconsistency in question, it is clear that instead of Nigeria’s power generation and supply increasing and progressing under the leadership of Goodluck Jonathan, it has gotten worse.

However, regardless of the inconsistent figures, let us search our hearts and ask ourselves: has power improved in our homes? Do we have more light that we used to have? Or is the government spending our collective money on invisible power generation projects, while quoting fabricated power generation figures?

Sometime in 2013, a legislative delegation led by Senate President, David Mark, went to inspect the Mambilla Plateau, that hosts one of Nigeria’s hydro-electric dams. With over N160billion ($1billon) spent on this project, the delegation was expecting to find a facility that had up to 2000mw generating capacity. Instead, what the delegation found was that next to nothing had been done on the project – the dam site had not even been cleared; making the media speculate that the money for this much-needed project had lined the pockets of associates of the ruling party.

Earlier this year, the Federal Government again announced that an additional N752billion has been earmarked for the power sector over the next few years. In the atmosphere of this report, recent studies have shown that due to the government’s inability to provide light for the people, today, everyday Nigerians have been forced to spend N796.4billion of their own hard-earned income to fuel their generators annually. What this means is that over the next four years, if Goodluck Jonathan is re-elected, based on his track-record (or a lack thereof) of not being able to solve the power situation in the country, cumulatively, everyday Nigerian households will be forced to spend $19.2billion on fuel, which is equivalent to N3.1trillion.

Another 2009 study on electricity distribution among the six geo-political zones in Nigeria showed that on average, these days, Nigerians enjoy only four to six hours of power supply per day. However, in 2009, the Federal Government and the power holding companies told Nigerians that of the 10 National Integrated Power Projects (NIPPs), four had been completed, and six were 80 to 90 per cent completed.

More than 24 months later, and $8billion spent on these projects alone, WHAT DO WE HAVE TO SHOW FOR IT?

In this regard, it is time that as a nation, we begin to ask ourselves: WHAT HAS THE PRESIDENT BEEN DOING WITH ALL THE MONEY THAT HAS BEEN SPENT ON POWER GENERATION SINCE HE TOOK OFFICE?

We must also question the significance of the President’s statement, especially when he said that if he cannot improve power within four years, it means that he cannot do anything…