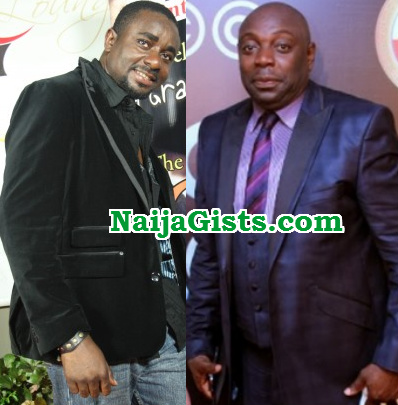 Former AGN President, Segun Arinze was a guest on the Rubbin Minds TV show this past weekend.

On Saturday September 19th, 2015,  Segun Arinze chatted with Ebuka Obi Uchendu where he talked about his tenure as the President of the Actors’ Guild of Nigeria and how Emeka Ike rejected to be his vice.

He also called out Emeka Ike and warned him to stop disgracing the guild.

In conclusion he discussed his involvement in President Jonathan’s political campaign and other issues.

Play the video below

Let’s hope Emeka Ike tells his own side of the story soon.