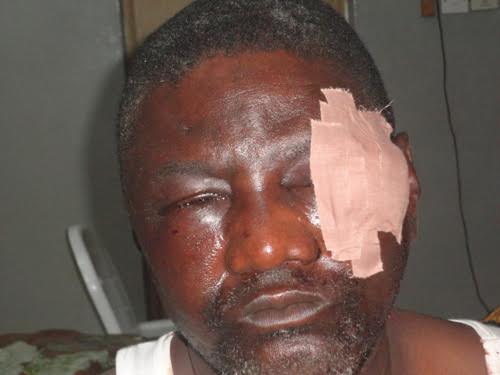 Pictured above is a Lagos based socialite and businessman identified as Alhaji Abdul Akeem Amoo.

The 54-year-old businessman was overpowered by some hoodlums during his visit to his quarry to pay his staff and contractors supplying diesel.

He was beaten to coma and bundled into an unmarked Toyota Hilux van with one of his employees. The two were later driven to Idi Ayunre in Oluyole LGA of Ibadan where police rescued them on Sunday afternoon.

A police source said Alhaji Amoo had the sum of N2 million in the boot of the blue Honda Accord car he rode to the site. It was meant to settle the various payments he intended to make.

He is currently receiving treatment at the hospital.

If you know this man, please contact police at Oluyole Police station for more information.