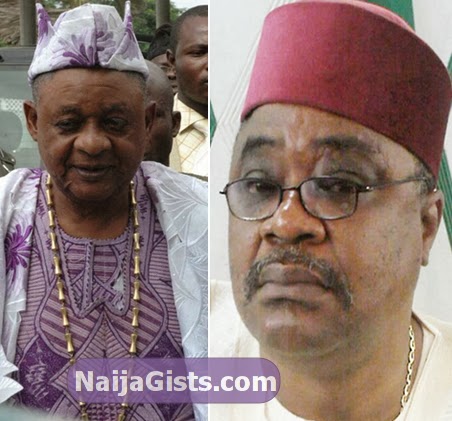 One of the most powerful monarchs in Nigeria, Oba Lamidi ADeyemi, Alaafin Of Oyo has turned down a courtesy visit request from ex-Oyo State Governor Adebayo Alao Akala.

We learnt Akala wrote Alaafin a letter for his planned visit on December 4th, 2013

The letter which was signed by the Akala stated that, “I equally wish to intimate you that my visit shall be political in nature.”

Alaafin who initially accepted the request turned Akala down in a new reply he sent on the 3rd of December, 2013.

Read an excerpt from Alaafin’s reply to Akala below:

“Ajimobi is the chief security officer in the state and he is presently out of the state. Owing to his absence, necessary security arrangements could not be facilitated. I would like to advise that your courtesy visit to me in the palace be rescheduled to some other time when necessary and adequate security protocols would be put in place. In the mean time, accept my warmest fatherly affection and prayers,”.

The former Governor of Oyo State is working hard to return to power and this rejection is a big set back for him.