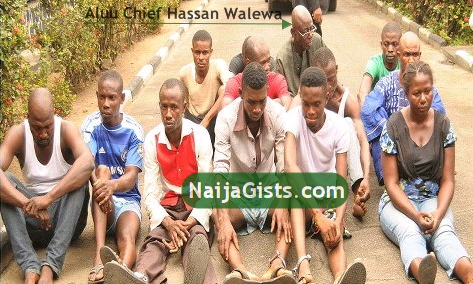 Three people have been sentenced to death by hanging over the brutal murder of four University of Port Harcourt student.

A High Court in Port Harcourt presided over by Justice Nyordee today sentenced 3 out of the 12 people arrested to death for killing Elkana Tekena, Biring Chiakika, Obuzor Ugonna and Lloyd Toku on October 5 2012.

They were arrested in December and since then Human Right activists at home and abroad have been monitoring the case which sparked worldwide outrage.

Today Justice Nyordee proved without reasonable doubt that three out of the 12 suspects murdered the innocent students.

He sentenced them to death by hanging and discharged the other suspects.