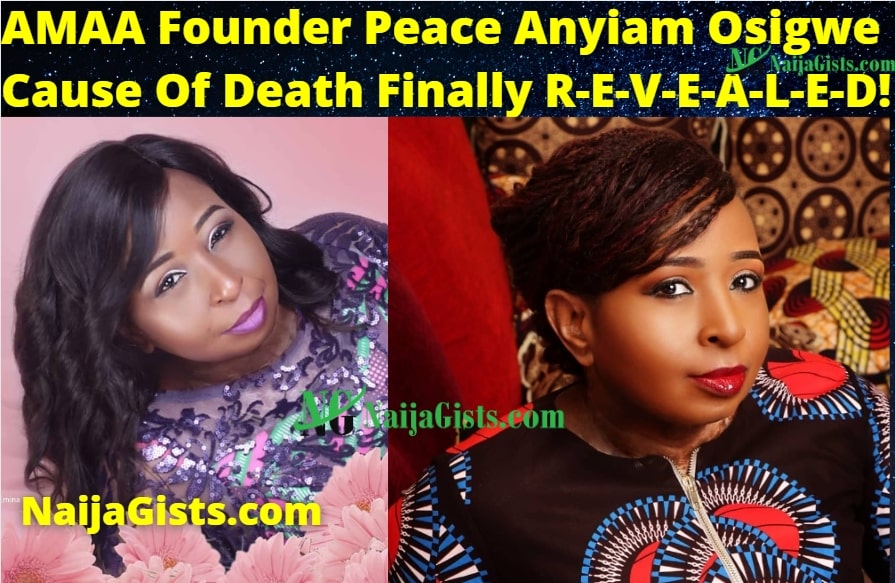 As the saying goes, there is no guarantee in life.

The Notable Nollywood pioneer reportedly had a massive heart attack on Saturday the 7th of January 2023 and was rushed to St. Nicholas Hospital, a private hospital located on Lagos Island.

An insider who broke the news to NaijaGists.com said she was in coma for about 3 days before she gave up the ghost around 11:18pm on Monday the 9th of January 2023.

We learnt that arrangements were being made to fly her abroad before she gave up the ghost.

The founder of African Movie Academy Awards was busy preparing for several events that will proceed this year’s big event before the unexpected happened.

The source said although Ms Osigwe was single, she was a reserved and quiet woman so nobody really know much about events going on in her personal life.

The highly secretive entertainment mogul who was born in Nkwerre Imo state lost her elder brother , Micheal Anyiam-Osigwe to a robbery attack on Nov 29th, 2014 along the Ore-Benin expressway. He was shot at close range by armed robbers.

Her family promises to release her burial details soon.