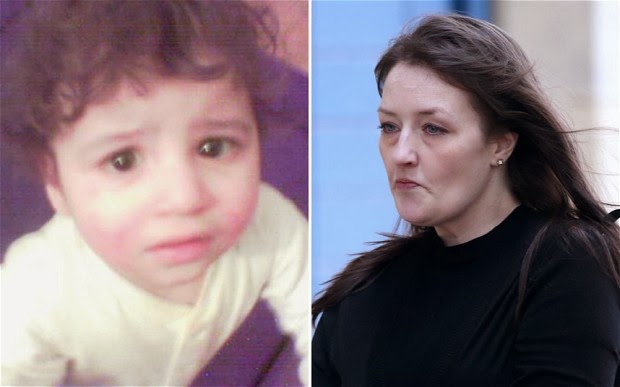 An alcoholic British mother who let her 4-year-old son starve to death and left his body in a cot for almost two years was sentenced Friday to 15 years in jail.

Judge Roger Thomas said Amanda Hutton had failed “to fulfill the most basic responsibilities that you, as a mother, should have fulfilled.”

The mummified body of Hutton’s son, Hamzah Khan, was found by police at the family’s home in Bradford, northern England, in September 2011. He had died in December 2009.
The judge said the boy was wearing clothing made for a 6- to 9-month-old child.

“Although it beggars belief that such a thing can happen, it has, of course, happened here,” the judge said.

He told Hutton: “It has done so through your purposeful, persistent and gross conduct in failing in that most basic and fundamental requirement that is upon every parent, to feed her child adequately.”

Hutton was convicted of manslaughter Thursday at Bradford Crown Court.
The judge said the 43-year-old mother of eight had an alcohol problem and that “you placed your own selfish addiction to drink well before your responsibilities to your many children.”

The judge said Hamzah’s body was only discovered after a rookie police support officer visited the house following complaints from neighbors about dirty diapers being thrown into their yard. The officer became concerned that something was seriously wrong.