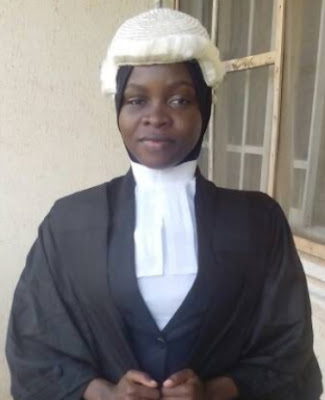 Please note that I’m not posting this to initiate religious argument whatsoever but to share the perception of Muslims so that you can know the point from which you address this kind of issue.

I noticed that people view this issue from a common perspective ; if hijab is to be put on, people of other faith should put on their religious attire too. This made me recall the incident that happened in Osun State when the Muslim Community were advocating for the use of hijab in the State Government Schools. Then adherents of other faith started going to school in their religious clothes, etc in other to show their perception on the issue.

Don’t forget that hijab is not the only Islamic attire. Caps, turbans, etc are there for males too. But hijab is different because it came as a commandment just like our going to mosque on Fridays, five times daily, fasting in Ramadan, etc. Therefore, Muslims perceive the restrictions on the use of hijab as saying we shouldn’t go to mosque, fast, etc which means denying them of their fundamental right to worship.

Don’t compare hijab with other religious attire like sutana, traditionalist clothes, etc. They are ceremonial clothes (not put on always) while hijab must be worn by a conscious Muslim woman always while outside her home.

People were saying; is she going to be the first Muslim to be called to bar? Of course no. But know that not all Muslims are conscious of their religion, some have non challant attitude towards it and some could be afraid.

Indeed, this so called Western Education came with the Western Culture some of which are not inline with Islamic Culture, and Nigerian Muslims have been enduring all this while.

Most of the rights of Muslims that are now acceptable in Nigerian education came up with difficulties. I could remember my secondary school days, being the second set of student in the school made Muslim students suffer a lot. A Federal Government School for that matter. But because the school was established in a Christian dominant town (ilesa) and most of the staffs are non-Muslims, we were denied of many rights. I can’t remember the number of times we were flogged for going to mosque, claiming we used like 10min of school activity up in the mosque. Yet they fix those activities like night prep, labour, etc at the stipulated times of prayer. Muslims girls were prevented from using hijab in the dinning hall, prep classes and the school premises, etc. But things are now in order in the school but the early set of Muslim students suffered. This has been the the way Nigerian formal activities had been over the years but Muslims were enduring.

Nigerians need to tolerate and respect other people’s religion in other to promote peace and unity.