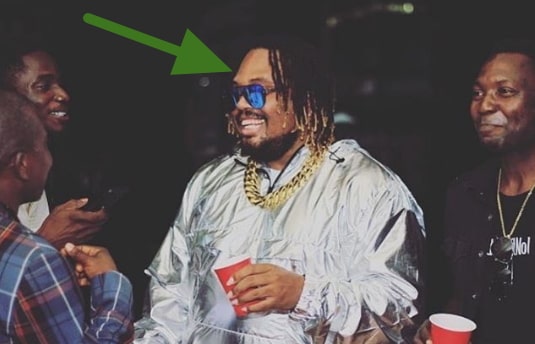 American singer, James Guyton well known as JG, in a bid to find his root has traced his origin to Nigeria.

The lead vocalist, writer and produce or for the group FriendsWitNobody (F.W.N.), was recently in the country. The rapper in a release issued in Lagos, declared that his quest to find the lost information in his bloodline has finally yielded positive result as he has found his true family identity.

According to him, a direct DNA test conducted has linked him to his long lost ancestors in Nigeria. Born in Des Moines, Iowa, he grew up in Sacramento, California where he had a rough upbringing and childhood. In pursuit of a better life, he moved to Denver, Colorado as an adult on a journey to find his deeper self and his higher calling in God, after losing both parents. Not only did he find his higher purpose along his journey, he also found his true family identity.

“So, the search began, and I began to look higher and deeper. This led me to my family tree. After digging through the family tree I decided to do a DNA test and all roots led back to the motherland, Nigeria,” he stated.

In spite of an unpalatable experience in the course of visiting Nigeria for the first time, JG believes in the Nigerian people and cares about helping where he is able. The music producer during his visit impacted a community and affected some indigent lives in his little way.

“I have been able to put a borehole in Ogun state for people who never had running water, put a new roof and ceiling on a widow’s house, and paid one year tuition for a University of Lagos (UNILAG) student,” he said.

“Also a sum of fifty thousand naira each has been earmarked for two persons who visit my page for financial assistance stating reasons why they need such. Not to mention the millions of Naira I spend every month empowering people connected to my music.

“Sometimes you got to take the good with the bad, keep the faith, and stay strong. God knows what he’s doing and is in control of everything. So, I keep it moving and I don’t have friends just family and home.”

As part of his effort to support the music industry and get Nigerians acquainted with, JG will be giving out N10,000 weekly in the course of the maiden edition of his #FWNGBUDanceChallenge, which is part of campaign to promote his latest music project “God Bless You” Now a hit Song in Nigeria..

The lyricist has collaborated with notable artistes including Platinum/Grammy nominated Paul Wall and Wande Coal. God Bless You is accompanied by a video that takes you on a journey from the Streets of Lagos to the Streets of Houston Texas.

Continue Reading
You may also like...
Related Topics:james guyton, nigerian