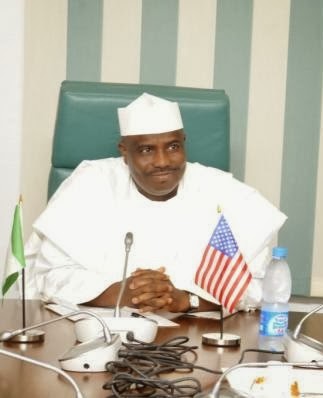 Today the House of Representatives speaker announced his defection at the House plenary.

Before now, Tambuwal has secretly participated in APC meetings and has attended many events organised by the party.

He recently attended an event organized by Sokoto State Governor,  Aliyu Wamakko where it was rumoured that he defected.

Continue Reading
You may also like...
Related Topics:apc, pdp, tambuwal