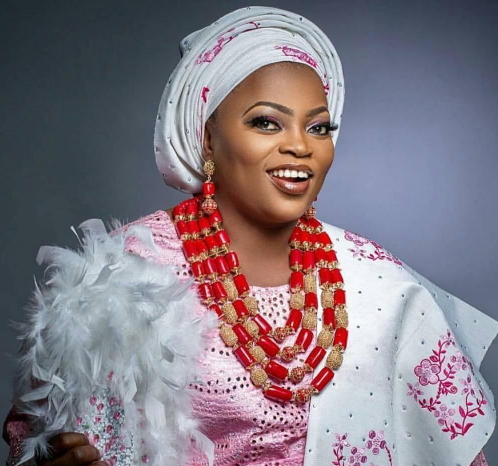 Few hours before the Africa Magic Viewers Choice Awards.  a picture of ‘Jenifa’, the alter ego of actress Funke Akindele-Bello, looking studious and another picture of a dictionary, side by side, was posted on the actress’ Instagram page.

It was captioned ‘#Jenifa is trying to write an acceptance speech for the #amvca2017 today. Let’s hope she wins o!! #bestactressincomedy#besttvseries #jenifasdiary #allthebest.’

Later at the Eko Hotel, venue of the AMVCA, the dream of the actress who made a runaway success with the Jenifa brand came true as she won both awards – Best actress in a Comedy movie/TV Series and Best TV Series, courtesy of Jenifa. It was the third time she won the award in that category.

Looking glam in her shimmering dress and with her rapper husband, Abdul Rasheed Bello (JJC) beside her, Funke thanked her fans in her acceptance speech.

“Thank you so much. Good evening everybody. I’m so happy tonight. I feel so privileged, loved, appreciated. It’s not easy to put Jenifa’s Diary together. I don’t actually have a life. Thank God I married this man.

Because if not, I sleep, eat and write, act and produce Jenifa’s Diary. I dedicate this to God, the giver of all talents, my parents, my husband, Abdulrasheed Bello, my siblings, the cast and crew of Jenifa’s Diary, the director, everybody. In fact, all the Jenifans, she said”

She completed the stage with Jenifa’s comedic mannerisms, blowing kisses in the way only Jenifa does. 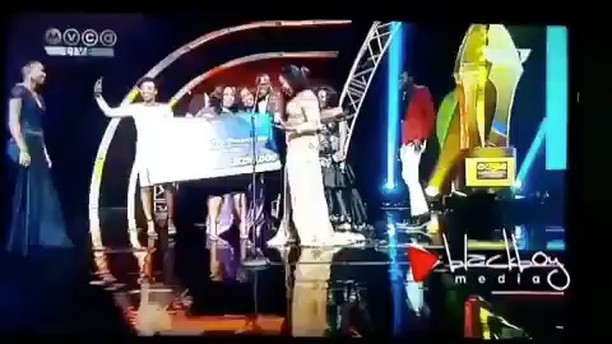 The actress also got N250,000 shopping voucher from Konga.com