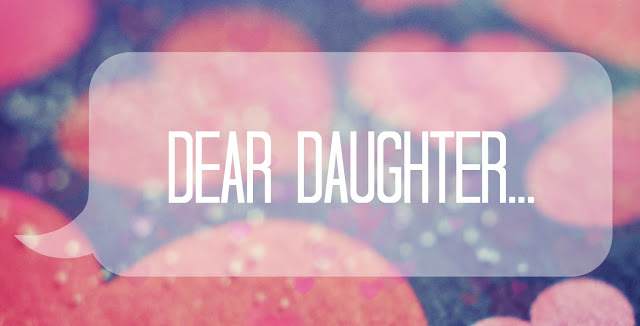 Dear daughter: This letter is a betrayal of my previous convictions, and an apology for actually allowing a society of chauvinists to train my mind into agreeing that the womenfolk are indeed inferior, merely created from our ribs to be chained to marital slavery. This diseased mindset was the reason I addressed a letter to your brother about two years ago without even a reference to you, or even expressing a concern over your wellbeing in the pre-mortality world.

I felt sorry for you afterwards, Sweetheart. Recent experiences have shown me the complexes of this ancient crime against ‘womanity’—a crime perpetrated by a species of insecure men for whom the freedom of the woman is seen as the collapse of decency. The woman, in their inverted wisdom, is a metaphor of gullibility—a moron who cannot think or survive in the absence of the almighty man; an imbecile whose knowledge of right and wrong must be stirred up by the ever “holy” male; a pet that must, as needs be, be treated as an accessory.

My heart is heavy, Sweetheart, as I brush away my shame to write this. I had unfairly antagonised feminists whose misery I now understand. I had dismissed their Gender Equality campaigns as attention-seeking wolf-cries done either for publicity or to enjoy a piece of the Whiteman’s dollars. The misery and frustration of woman can be understood when we study the history of their subjugations, the cultural and religious conspiracies perfected to make the position of the woman as subordinate a design of God. Give religion to an idiot, and you have created a monster. The sheer inability to check the border between devotion to God and obsession with insanity is the root of our present societal chaos. The borderline between adherence to religion and fanaticism is thin, people don’t seem to know it when they cross it. But a fanatic is an intellectual fraud who highlights aspects of religion that celebrates the man, while he finds bliss in disregarding portions that emphasise the rights of the woman.

This letter is actually written from a will to give you the hint of latest happenings here. Ahmed Yarima, that man who ought to be in jail for establishing a political space that serves as greenhouse for this new breed of extremists, has again attempted to play on our intelligence and anger when he rallied his fellows together to agree that an underage girl is a constitutional adult simply because she’s married. They tried to cite the Prophet as role model, defending that present context shouldn’t invalidate the practice. Do you know what that means, Sweetheart? The challenges of 21st Century are issues that require painstaking application of wisdom, and not these outright insensitivities of the literalists. My provocation is an expression of many disgusts over this perpetration of an old conspiracy by a cult that still sees an empowered or independent woman as a puncture to their inflated egos! This deliberate destruction of the woman remains why every poverty-stricken idiot quotes Allah and the Prophet to marry more than one woman, even when their income is not enough to feed a camel. Has any lawmaker ever moved a motion to stop low-income earners from this going against Allah, which is what they do by going into polygamy with empty pockets? I can’t let these conspiracies and hypocrisies be dressed in the garments of religion. I can’t watch a little girl not only denied privileges but constitutionally dehumanised.

And when we are trying to highlight where commonsense ought to be applied in engaging the socio-politics of religion in modern Nigeria, some self-appointed litigators of God declared us as “liberals” or even “apostates”? One even warned that my geography and name are proofs of my infidelity. They argued that you must bear Arabic names and even be from the core north, perhaps Dan Fodio’s lineage, to pass for their own Muslim. These litigators were possibly going from house to house, market to market, as destitute “Almajirai” conveniently abandoned by their parents to begging in the name of Qur’anic education when some of us were in decent classrooms studying the ideal Islamic literatures under scholars of piety and repute. These litigators can’t tell cultural Arabism apart from Islam, yet where they counter that commonsense must never be applied in interpreting Islam, they refuse to ride on camels for pilgrimage to the holy land. Like the Prophet did. You see, Sweetheart? Fanaticism is a disability in thinking. There is nothing sacred about Arabic language or names or culture outside the context of religion, but they don’t know this. And Islamic texts are preserved in their original Arabic forms to avoid distortions. I approve that, Sweetheart. You may learn Arabic to perfect your faith, so that you won’t end up like the clowns who initiate an aggression when they see, say, a Christian cuddling a Bible written in Arabic. You see, these litigators are so pious they can mistake porn magazines written in Arabic for Islamic literatures!

Our people’s cultural and religious ignorance is that complicated. To understand them, you must study the history of their evolution either from Darwin’s contested apes perspective or from the Adam of the Qur’an and the Bible on to the invasions and missions of Arabs and Europeans who exploited our primitivity and introduced dazzling concepts of monotheism in which the inferiority complex-stricken Blackman becomes an example of spiritual confusion. Sweetheart, this holier-than-thou gra-gra over imported ideologies is one reason I wish we had a leader like old Turkey’s Mustafa Ataturk—to restore our lost self-esteem. Our esteem has been grounded in the mud by the slaveries and racisms we’ve been subjected to and which we still come across overseas today, which seem not to upset us enough to return home and demand for an ideal Black Africa of our father’s dreams. The frightful danger with pseudo-religious politicians here is their acute understanding of our gullibility, their understanding of our submission to their frauds when couched in the name of God. They sponsor sectarian crises in the name of God, they waste our resources on sponsorship of pilgrims to holy lands just to render our budgets unanalysable. Could you believe that they invested billions of taxpayers’ money in feeding destitute subjects this Ramadan, when that money could have built an industry to engage the hopeless people? Theirs are not the ways of Allah.

But don’t be afraid of showing up whenever Mum and I are ready to have you. Come, just come and be our delight. I promise to train you into that woman the society cannot but idolise, that woman of whom the chauvinists shiver… I hate the fact that Muslim women are under-represented in the Labour Market. A society whose women are powerless has done a disservice to Islam because it’s the same women, and not men, that shape the earliest education of every child. A woman deserves her freedom to rightly decide who her man is, and also be as empowered as her male counterpart. Don’t be afraid of any man, just be sure you mark the identity of whoever harasses you on your way to Junior Secondary School. I’ll definitely take care of his funeral. May God save us from us!

Kakanda maintains a Friday column for the Abuja-based Blueprint Newspapers