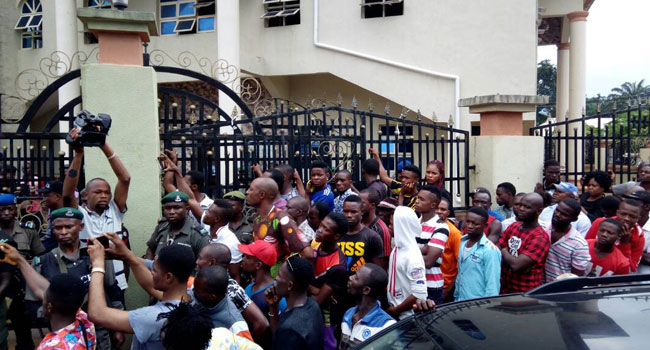 Just like a Nollywood action movie, a gunman dressed in black stormed a church yesterday and opened fire on worshippers, killing 11 on the spot.

According to police investigation and information from residents of Amakwa Ozubulu in Ekwusigo LGA of the state, a gunman dressed in black attire who had earlier stormed the home of a South Africa based drug baron simply identified as Bishop with the hope of assassinating him but they later discovered that he had travelled. 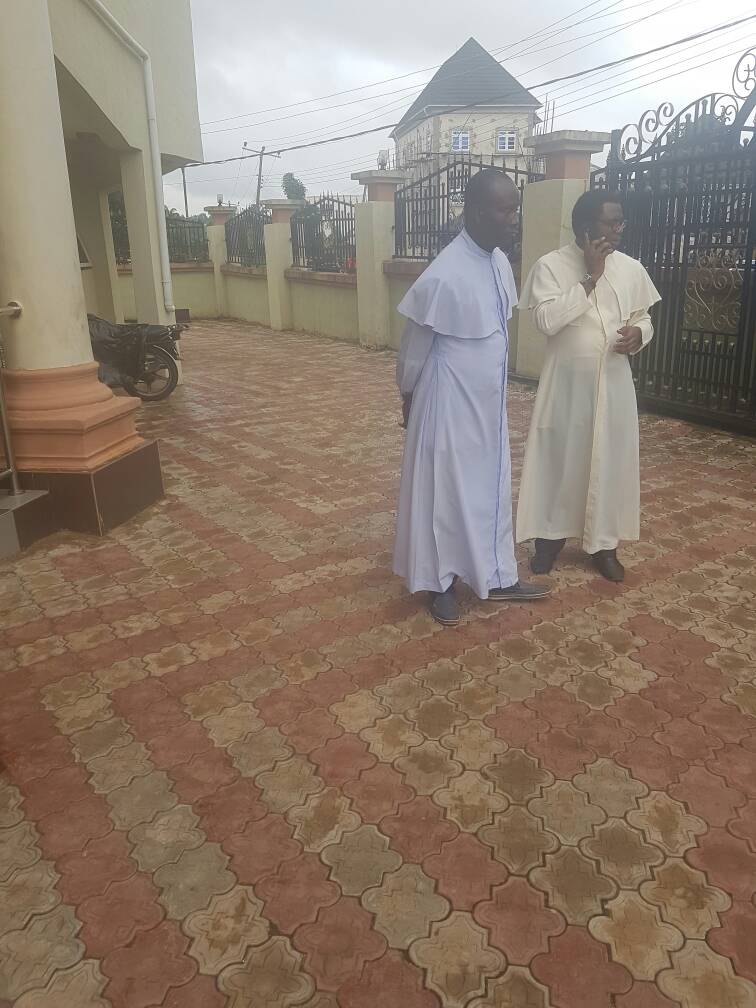 He soon departed for the Catholic church and on getting there, he went straight to the father of the drug baron and opened fire on him.

In the process of killing the parishioner identified as Chief Akunwafor Ikegwuonwu, the gunman sprayed bullets on worshippers killing about 7 on the spot. 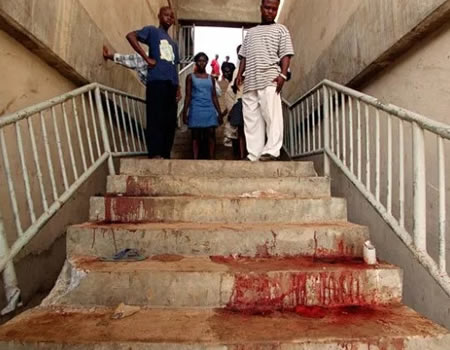 Out of the 18 who sustained injuries in the attack, 4 were later confirmed dead with 14 others still clinging to life

However another version of the story claimed that 6 gunmen stormed the church around 6:30am.

It was learnt that the attackers were speaking Igbo while firing at the worshippers.

Here is how another source narrated the story on Twitter 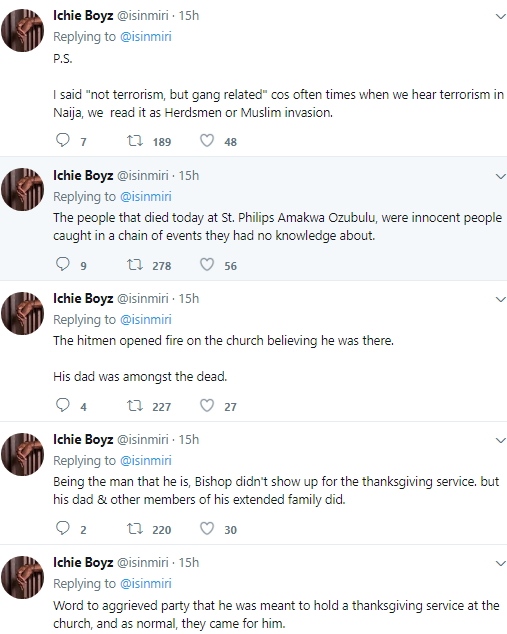