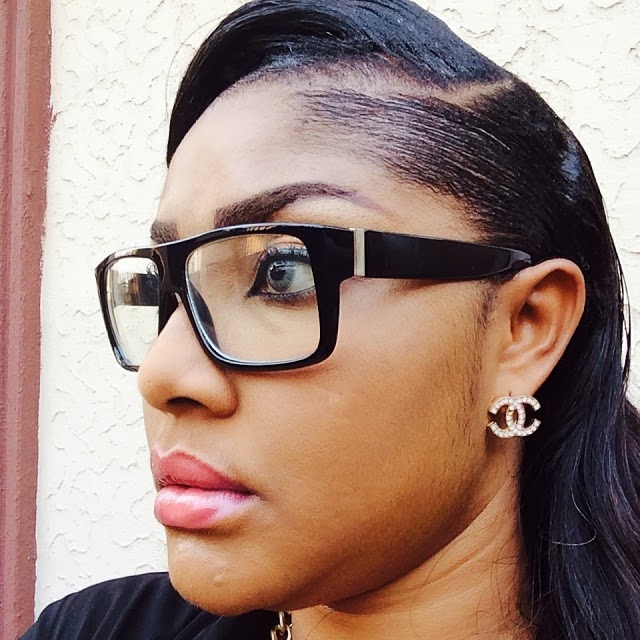 Do you guys remember Nollywood actress Angela Okorie, who recently talked at length in an interview on how she escaped rape in South Africa and how Prince Eke blackmailed her?

The two men at the center of the story have spoken

In an exclusive email they sent across to media outlets yesterday, Prince Eke confirmed that Angela actually lied to Prosper throughout the course of their relationship that she’s not married.

On getting to South Africa for a movie production, Angela Okorie allegedly shunned hotel and moved in with her secret boyfriend, Prosper.

To cut the long story short, Prince Eke and Prosper have spoken

In their own words below:

Mid last month, Angela Okorie called me help her shoot a movie in South Africa. My wife (Muma Gee) was due to give birth but because of the respect I have for her, I agreed to do the movie. It was her own movie called Ada Abakaliki but she also wanted me to act in another movie being produced by a guy named Ikenna in South Africa which she was also supposed to feature in. It was her movie and she was the one inviting me to South Africa so yes she’s supposed to pay for my flight and accommodation because I
had no other reason to be there. 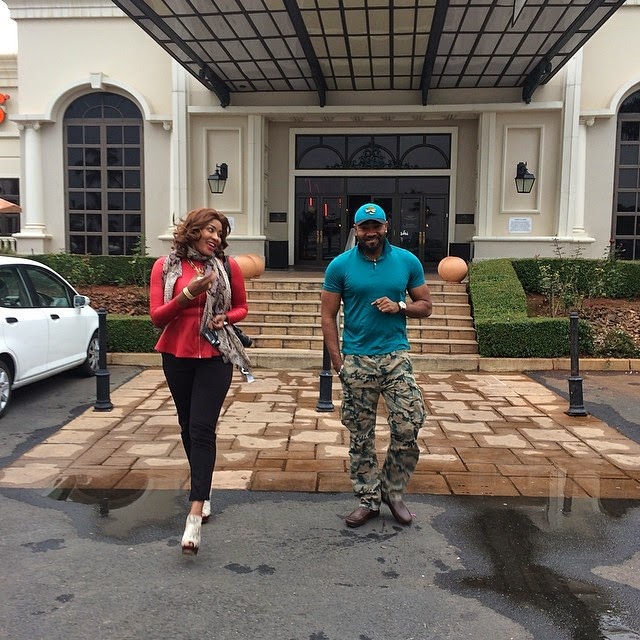 We arrived South Africa on Monday. She wanted me to stay with her friend but I told her I would rather stay in a hotel that I wasn’t comfortable staying in someone’s house. She put me in one hotel but I didn’t like the place. She paid for a guest house and she asked me to stay with her there but I refused, telling her that she’s a married woman and I am a married man, that I wasn’t comfortable staying with her. I eventually paid to stay at City Lodge but later she called me and told me to come and stay at the guest house she paid for, that she would move out.

When I went to her hotel, she introduced me to a guy named Prosper who I’d never met before. She introduced him to me as her boo. She told me I could stay at the guest house, that she would move in with Prosper. She told the magazine she moved in with a friend name NK. That’s a lie. There’s no friend named NK. Angela moved in with Prosper who has a two-bedroom flat and a roommate who is Tanzanian and not Angela’s friend. Angela lived with Prosper for nine days.

Anyway, eventually Angela told me she was no longer doing the Ikenna movie. But we continued shooting her own movie. Some days later, I saw Angela and Prosper kissing and I was very shocked because I know she’s married. I confronted Prosper and told him he was messing with a married man. Prosper told me Angela had claimed she was estranged from her husband, I told Prosper that was a lie because I know she’s still very much married. When Prosper questioned Angela about what I said they began to have problems. She became angry with me for telling Prosper she was still very much married.

On the day of the alleged theft, we had finished shooting for the day and I wanted to have a shave. I told Prosper to take me to a barbing salon. Angela said she wasn’t going to the salon that she wants to go home. About 30 minutes later, Prosper told me he just received a text message from Angela that she was leaving his house. When Prosper eventually got home, he called me to say Angela had stolen his money, $3,200 and he had been calling her and she was not picking.

I tried calling Angela but she also didn’t pick my calls. Prosper managed to track her down and she was traced to Hilton Hotel in Sandton. He went there around 2am with police officers to have her arrested. Angela was there with another man named Daniel. This is a girl who told me she couldn’t afford to pay for hotel and wanted me squatting with friends, all of a sudden she could afford to pay for a room at Hilton Hotel.

The guy they met in her room returned 10,000 rands to Prosper and signed an affidavit. I don’t know if she took the money but why sign an affidavit to return it?

I, Prince Eke bailed her and stood as surety and the first statement she made after she came out was that I sold her out. That I didn’t tell her Prosper was coming with police. Angela was charged to court, she went to court on Tuesday. It was the court that granted her bail. I can send you her charge number. Saying Prosper set her up to take money from her is not true. She introduced him to me as her boo and never said he was harassing her sex. It was strange to read all that. Besides Prosper drives a Mercedes Benz E360 and he’s a well known rap artist.

Read Prosper’s own side of the story: 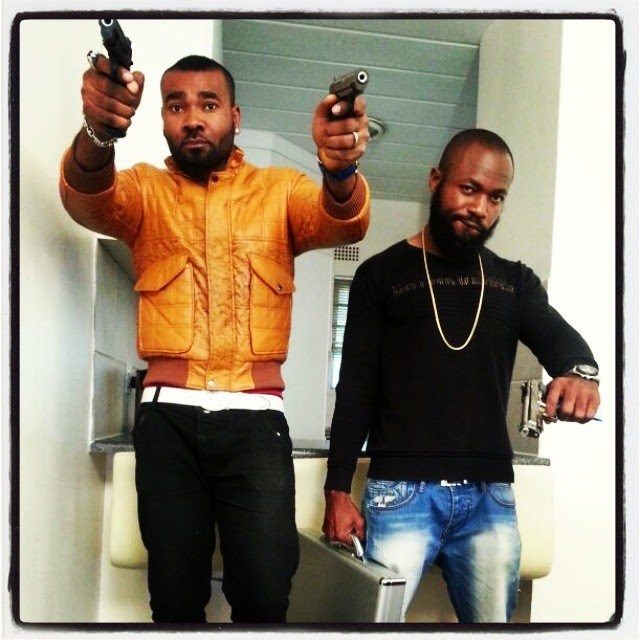 That I tried to rape her or was begging her for sex is laughable. I knew she was coming to South Africa. I promised to help her when she got here. She and Prince Eke arrived on Monday morning, I saw them in the evening and Prince was complaining that he didn’t like where he was staying. So Angela and I agreed that she would move out of the guest house and move in with me so Prince Eke could move into the guest house. She left the place and moved in with me on Wednesday. She said she moved in with her friend named NK. There’s no such person. I have a roommate, a young girl that I am helping, who is like a family friend. She didn’t know Angela until she moved in with me. She lied about moving into a friend’s house. She moved into my house. We were lovers. Please quote me.

About the money, after we finished shooting that Saturday, I took Prince Eke to a Barber’s salon to get a hair cut. Angela said she wanted to go home. Later she called me to say she was leaving my house. We had quarreled that morning but she didn’t tell me she would be leaving. She was supposed to stay at mine until she leaves South Africa.

When I got home I asked my roommate if she’d seen Angela and she said Angela had left the house in a hurry with her things, that someone had been waiting for her outside the house. I checked the cameras in the premises and saw that she’d left in a hurry. I went to my room and searched for my money and saw it was gone. I called her for several hours but she didn’t pick, so I went to the police. We were able to trace her to Hilton hotel. She and the guy with her were both arrested and it was the guy that signed the affidavit. Why would I set her up? I am a rap artist and producer in South Africa. My stage name is P-Skrilla.