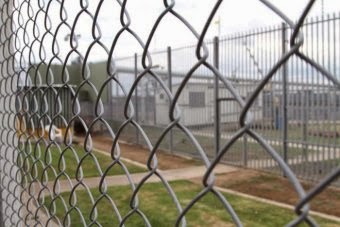 May 1st, 2014 – Nigerian Arrested In Australia For Importing Cocaine Drug While In Immigration Detention

The 39-year-old Nigerian, who was not identified, was taken into custody by officers from the State Crime Command investigating the importation of cocaine into Australia.

They allege he was using mobile phones seized at the detention centre to direct the criminal activity.

His arrest follows the seizure of 5kg of cocaine at Sydney Airport after police stopped a US national who arrived on a flight from Santiago, Chile.

It is alleged he was working for the Nigerian.

The arrests follow an ongoing investigation by police into criminal gangs importing and supplying illegal drugs in NSW.

Two weeks ago, officers arrested four men and seized more than 140kg of drugs from a storage shed in Campsie.

“Everyone is so networked now and connected now that it makes it far easier to commit criminal activities. There is an association and there’s certainly connections between these people,” he said.

“This investigation is looking at criminal networks operating in NSW, those networks unlike criminal groups in the past, unlike bikies which are hierarchal and organised, a strict structure, what we’re finding now is that organised crimes are far more networked.

“Rest assured, we will lock them up, take their assets, and disrupt their business models in every way we can.”