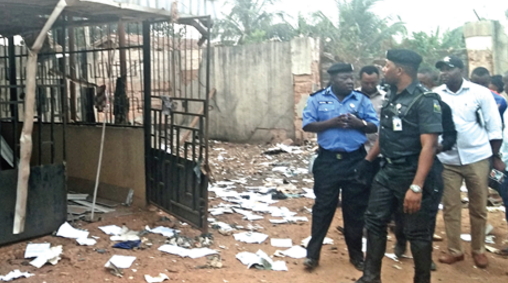 A priest with the Anglican Church in Awka Anambra state yesterday escaped death by a whisker when a cooking cylinder exploded in his secret girlfriend’s house on Allen Avenue in Awka.

The alleged lover died on the spot while the priest was secretly flown abroad for medical treatment due to high degree of burn.

Hear what a local resident said on the tragedy:

“The reverend father’s relative is a friend and he did not say anything different from what is being reported. The girl died on the spot but the priest was hurriedly smuggled away and we heard that he has been flown abroad, apparently to cover traces.

Are there no hospitals in Nigeria? “I have told them to stop covering this story. What do they want to achieve by hiding this story. The truth should be told and shame the devil.”