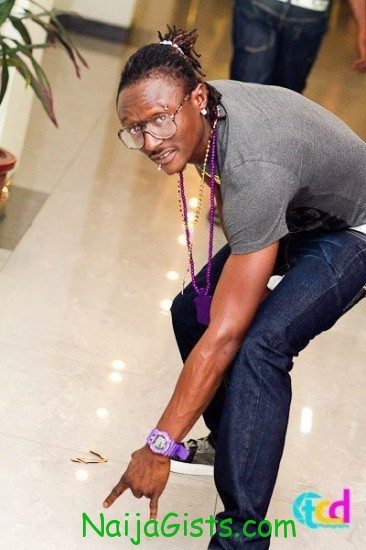 Terry G performed at the Star Lager Beer Show held last Sunday where he saw the other side of his fans. The singer was begged to perform more of his songs after he did two of his new songs on stage, but he refused and rushed backstage where other artistes were relaxing. After so many pleas from the organizers of the show, Terry G remained adamant and before the twinkle of an eye, some angry fans went backstage, punched and bruised him severally before he was thrown back on stage.

According to one of his fans

‘He thinks he can come to Benin and mess with us, he can only do that for them in Lagos and go scot free. We don’t take shits here, he was paid over a million naira and he performed 2 songs from his CD and not a live band. We won’t take that from him’,

The show was nearly disrupted by Terry G’s attitude, but it was eventually put in order by security operatives who later guarded the self acclaimed Lucifer off stage and led him back to his hotel room, with only his boxer shorts on his body.