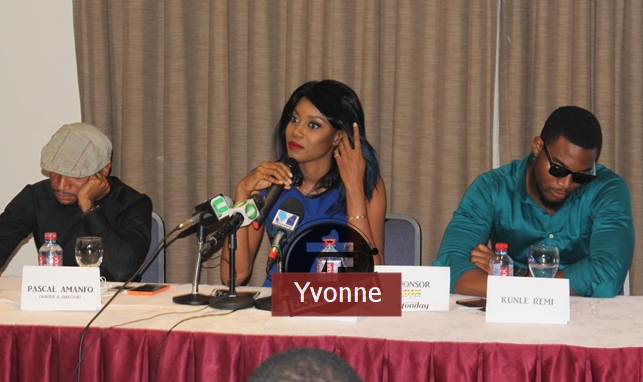 A Nigerian journalist got more than what he bargained for during a press briefing in Accra Ghana last week Friday.

According to witnesses, the actress initially ignored the question.

Before he could even end the question, Yvonne interrupted him, shouting at the top of her voice as if she had a problem with him.

She threatened to call police to arrest the reporter because he’s fond of reporting negative stories about her.

It was the timely intervention of colleagues that calmed the actress down.

She later begged reporters to stop writing negative stories about celebrities because it has negative impact on their career.