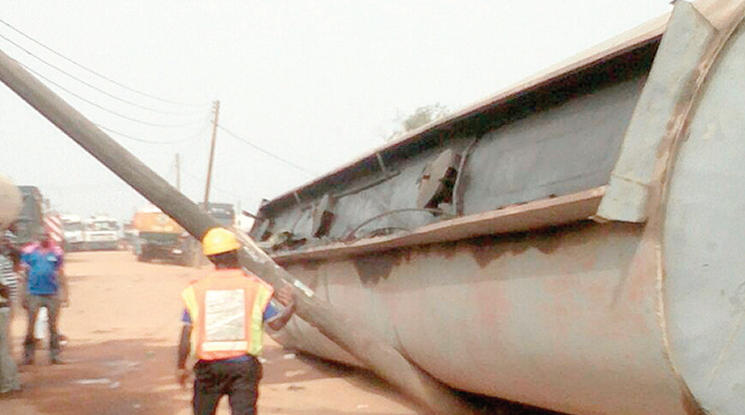 Less than 24 hours after a fuel tanker belonging to Forte Oil exploded at Ojuelegba area of Lagos, a similar explosion has been reported in different part of Lagos.

The diesel tanker pictured above was taking 11,000 litres of diesel to an unknown destination when the driver lost control and hit an electrical pole at Toluwani bus stop around 12:39pm.

Also yesterday, a two-storey building went up in flames at the popular Computer Village, Ikeja, Lagos.