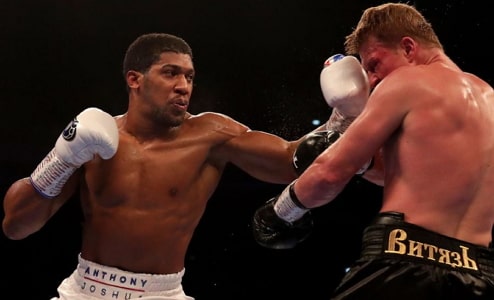 See the most watched moment British-Nigerian boxer Anthony Joshua knocked out his opponent during his latest fight that held at Wembley Stadium in London this evening.

Povetkin’s first loss happened tonight when Joshua defeated him at the Wembley Stadium.