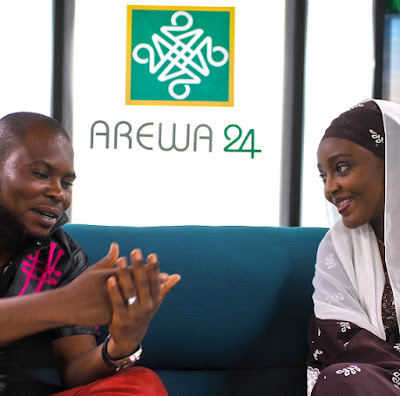 In a little over two years, the channel prides itself on being the largest producer of original, high quality television programming in Hausa for Hausa speaking communities.

“We are giving our subscribers a variety of local content to choose from with Arewa 24”, said John Ugbe, Managing Director, MultiChoice Nigeria on the addition of the channel to its FTA genre.

“Over the past months, we have grown our FTA genre to include a number of quality local channels that our subscribers have found informative, engaging and all round entertaining. We also believe that the launch of Arewa 24 on our platforms, enriches our local content offering to our subscribers across Africa,” Ugbe added.

Speaking on the launch of the channel on DStv and GOtv, Jacob Arback, President of Arewa 24 said;

“When we launched Arewa 24 over two years ago, our vision was to connect with millions of our northern audiences through their common Hausa language. I believe that our partnership with MultiChoice brings us even closer to achieving this mission.”

Buhari Urged To Rescue Christian Girl In Forced Marriage In Katsina As Pedophile Emir Gets Soft Landing With Police
GEJ Defends Dasuki, Says He Didn’t Steal $2.2B Under His Administration