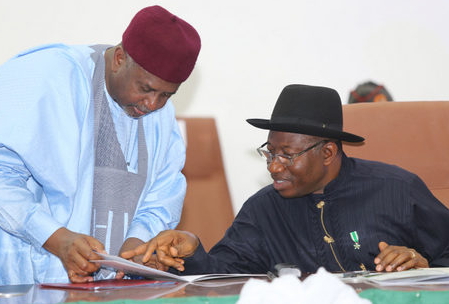 Former President Jonathan has finally spoken in defense of former National Security Adviser, Dasuki who is being tried for stealing $2.2billion under the past administration.

Jonathan who spoke yesterday in Oxford said it is impossible for Dasuki to have stolen the huge amount because his administration bought several equipment for the military to fight Boko Haram. 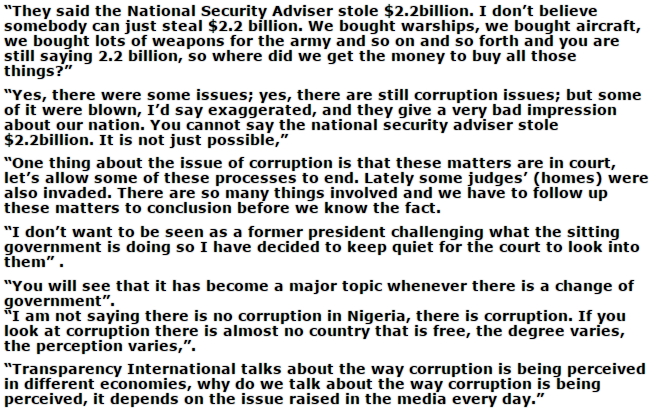 The former National Security Adviser has been in EFCC detention since the 1st of December 2015 for misappropriating $2.2billion meant for the military equipment purchase under Goodluck Ebele Jonathan’s administration.

Continue Reading
You may also like...
Related Topics:2.2billion, dasuki, gej