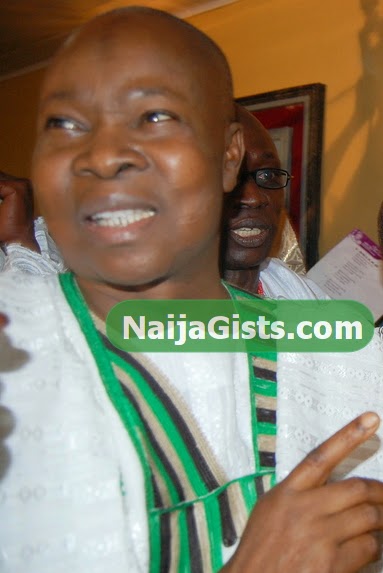 June 19, 2014 – Arisekola Alao Died In His Sleep In London After Returning From Medical Checkup

More details have emerged on the untimely death of popular Ibadan-based businessman and the DPG of Nigerian Supreme Council of Islamic Affairs, Aare Arisekola Alao, who passed away yesterday in London.

The body of the deceased is set to arrive Nigeria today for his scheduled burial tomorrow.

The governor of Oyo state, Abiola Ajimobi who official broke the news to Jonathan and VP Sambo has declared 7 days mourning for the deceased.

The state government has declared Friday as a public holiday, while it declared seven days of mourning, during which the flag will fly at half mast.

Immediately the news of his death filtered into town on Wednesday afternoon, people began to put calls across to confirm the authenticity of the news which had flooded the social media. The great Islamic leader was said to have departed the shores of the Nigeria few days after returning from Switzerland for another medical check up in London, England, last week Thursday.

Sources disclosed that late Alao had gone for a medical check up on Wednesday morning and opted to have a little rest. That could not however be as he failed to wake up from his sleep which drew the attention of his family members. Attempts to wake him led to the discovery that he had passed on.

It was also gathered that the business mogul had put a call through to one of his personal assistants in Ibadan in the early hours of Wednesday to prepare his cars for his impending arrival later in the day. This it was gathered made the news more shocking as the crew had filled the tanks of the cars on the convoy list meant to pick him up at the airport, while awaiting further directives.

But to their surprise, the next directive was various calls from far and near to confirm the rumour of his death. Few minutes after, some dignitaries, like Chief Lekan Alabi and Alhaji Lateef Oyelade arrived the Bodija mansion of the automobile dealer.